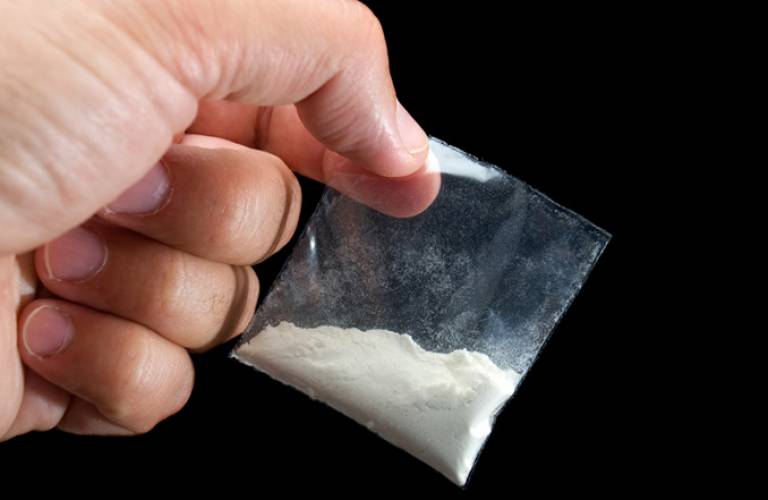 UCL research on cannabis, ketamine and MDMA (ecstasy) has influenced government policy and legal proceedings in the UK and abroad. Wide dissemination of UCL research findings has changed national and international media discourse about this topic, and has increased public awareness and engagement.

The UCL Clinical Psychopharmacology Unit (CPU), under the direction of Professor Val Curran, has pioneered human research on the effects of major recreational drugs. In the largest-ever study of its kind, the UCL CPU demonstrated why some individuals are more vulnerable than others to the harmful effects of cannabis. Cannabis contains around 100 unique ingredients ('cannabinoids'), of which THC is the cannabinoid that users seek (it makes them 'stoned'). Professor Curran's team discovered that the second most abundant cannabinoid in herbal and resin forms of cannabis - cannabidiol (CBD) - protects against the harmful amnesic and addiction-related effects of THC. This has also deepened understanding of the dangers of 'skunk' - a type of cannabis with high levels of THC but virtually no CBD.

Over 90% of research to date on ketamine abuse has been carried out by the UCL CPU. It has discovered that frequent use of the drug is associated with both neurocognitive impairment and addiction. It can also produce physical harms including ketamine-induced ulcerative cystitis, which may require bladder removal and replacement.

Since discovering the 'mid-week blues' that followed acute MDMA use in the first study of its kind (a laboratory at a 'rave'), the UCL CPU has determined the long-term effects of this drug, finding that neurocognitive function, altered mood and serotonergic changes whilst individuals take this drug are attenuated if not fully reversed after use is stopped.

The UCL CPU has made a range of contributions to discussion, debate and decision-making at national policy level. In 2006, Professor Curran presented expert evidence to the Home Office's Advisory Council on the Misuse of Drugs (ACMD) on ketamine. In 2012, Home Secretary Teresa May requested a new ACMD review, with Curran appointed to the working group. Meanwhile, the Independent Scientific Committee on Drugs (ISCD) commissioned the UCL CPU to write the Ketamine Review. Professor Curran gave evidence about new psychoactive substances to the All-Party Parliamentary Group on Drug Policy Reform at the House of Lords in 2012. She has also advised the ACMD on ecstasy and methamphetamine.

Internationally, Professor Curran was a key witness on the subject of MDMA sentencing guidelines for a US trial. Her evidence has subsequently been cited by the Federal Public and Community Defenders and the American Civil Liberties Union in proposed amendments to the US sentencing guidelines. In 2013 the research on THC influenced policymakers in the Netherlands to recommend separate legal penalties for high-potency THC cannabis compared with low-potency THC cannabis.

UCL CPU research has influenced national and international media and public discourse on recreational drug use. The unit has provided accurate information to improve public understanding of the topic; engaged directly with drug users to disseminate research findings; and engaged with the media.

The UCL CPU has organised public events to improve public awareness of this research, notably 'K-Day' which took place in 2009 and brought together researchers, healthcare professionals, users and policymakers, to share information. It resulted in an average 50% improvement rate of attendees' knowledge of the subject after the day. As a result of K-Day, a number of collaborations and treatment initiatives are occurring.

UCL CPU research and researchers have been featured in a range of media. In 2010 the discovery that CBD blocked the memory impairing effects of THC made the front page of Nature news. The work has been featured on BBC television and radio, Newsweek and the Telegraph.

In 2012, Professor Curran conducted a live fMRI study of the effects of MDMA, which formed the basis of a two-part documentary, 'Drugs Live: the ecstasy trial', funded and broadcast by Channel 4. This was watched by over two million people across the UK and prompted the biggest online debate of any programme on that channel to date.

Funding was provided by the MRC.