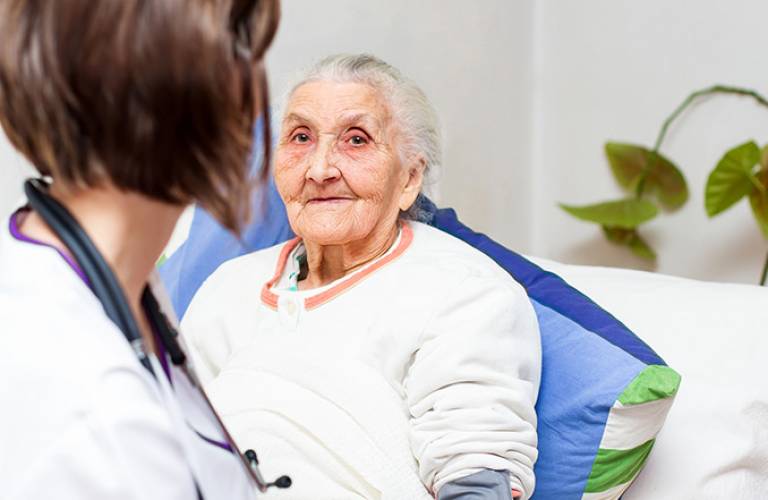 UCL research has informed national policy on, major investments in, and the practice of palliative and end-of-life care, particularly for patients with other advanced progressive illnesses. It has also been used by the charity St Mungo's to develop educational resources for services supporting homeless people with advanced liver disease.

Palliative and end-of-life care is of increasing importance for health and social care providers, as well as for patients and their families. Moreover, since the quality of end-of-life care often has long-term impacts on carers' and families' experiences of bereavement, including on their own health and capacity to contribute to society, the negative effects for communities more broadly of failing to provide adequate care can be profound. As more people live to older ages with a range of advanced progressive conditions, including cancer, dementia and heart disease, the provision of appropriate, evidence-based, high-quality care through their deterioration and in death presents a huge - and growing - challenge.

The UCL Marie Curie Palliative Care Research Department, core-funded by Marie Curie Cancer Care, has helped healthcare policymakers and professionals rise to this challenge by providing some of the first firm evidence base in this area. The research, which uses rigorous mixed methods and data collected directly from patients and carers, has been used both to inform policy and guidelines, and to develop and test complex interventions to improve palliative and end-of-life care.

Each one of us will die, so care at the end of life is relevant for everyone in society.  Our research has provided evidence to improve the experience of facing death for everyone, particularly those with advanced progressive illnesses including cancer, dementia and other life-limiting conditions.- Dr Louise Jones

Each one of us will die, so care at the end of life is relevant for everyone in society.  Our research has provided evidence to improve the experience of facing death for everyone, particularly those with advanced progressive illnesses including cancer, dementia and other life-limiting conditions.- Dr Louise Jones

Since then, evidence from the research has also been incorporated into 2011 NICE guidance on spirituality, psychological assessment (where it particularly helped validate the use of a new assessment tool known as the National Comprehensive Cancer Network Distress Thermometer), and advance care planning. Drawing on the empirical research evidence provided by the UCL team, the need for such planning for all patients with advanced illness is now also recommended not only by NICE but by the Department of Health, service initiatives such as the Gold Standards Framework, and professional bodies including the Royal College of Physicians.

In addition to supporting the modification and development of policy relating to palliative and end-of-life care, the research has already found important applications in piloting new and improved care practices in the UK. One prominent example of this is the use of evidence relating to the importance of palliative care in heart failure to form the basis of Caring Together, a £5 million investment by Marie Curie Cancer Care and the British Heart Foundation to improve end-of-life care in heart failure. Between 2011 and 2013, 232 heart failure patients were referred to Caring Together across its three pilot sites. Very few of those patients subsequently required hospice inpatient stays or referral to specialist palliative care, and many benefited from referral to hospice day therapies at the three hospices involved in the pilot.

More locally, work with the London-based St Mungo's charity led in 2011 to the production of an influential report (Supporting homeless people with advanced liver disease approaching the end of life) on the end-of-life experiences of homeless people facing death from advanced liver disease. St Mungo's subsequently developed and implemented a palliative care education programme and developed a resource pack, both for use by its own staff and for extension to other homeless services shortlisted for the Andy Ludlow Homelessness Award.