Identifying the evidence base to support psychological interventions for schizophrenia 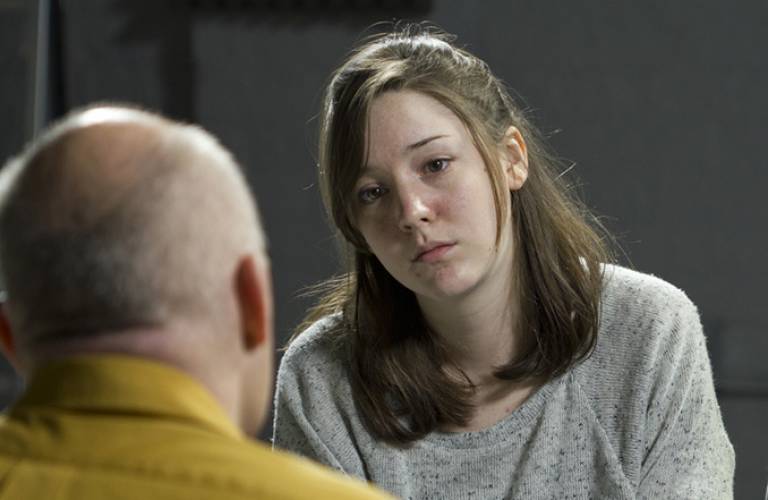 Schizophrenia, a severe and disabling mental disorder, affects about 285,000 people in the UK. It is associated with a progressive course, poor social and occupational functioning, a high suicide rate, and premature death from physical illness. Schizophrenia also places a very considerable strain on health services and healthcare providers, including the NHS: for the period 2008-2013, an estimated £11.8 billion was spent on schizophrenia treatment in England alone.

Despite limited responses to it, medication has long been the preferred treatment for this disorder, in part because of uncertainty about the relative effectiveness of existing psychological interventions. However, in 2002, Professor Stephen Pilling (UCL Psychology & Language Sciences) and colleagues published the first high-quality, systematic review and meta-analysis of a wide range of psychological interventions for schizophrenia. Based solely on robustly assessed, randomised controlled trials, this provided the first authoritative and comprehensive assessment of the relative efficacy of such interventions. The review covered eight trials of cognitive behaviour therapy (CBT) involving 528 participants, and 18 of family interventions (FI) involving 1,467 participants, and examined the effectiveness of these interventions against a range of comparators. The work considered a comprehensive range of outcomes, including positive and negative symptomatology, relapse and remission, treatment compliance, the impact on families, suicidality and other harms, and personal and social functioning.

Schizophrenia can be a life-long and disabling illness. Our work at UCL showed that cognitive behaviour therapy and family therapy can help with recovery, and reduce the chance of being admitted to hospital. Now recommended by NICE, these treatments are widely available. - Professor Steven Pilling

The study was the first to properly characterise the nature and magnitude of the effect of psychological interventions in schizophrenia. Key insights included the identification of FIs and CBT as more clinically effective than social skills training (commonly in use at the time of publication) or cognitive remediation. Importantly, though, the research also highlighted the differential effects of FIs and CBT, suggesting that, whilst the latter were effective in reducing the severity of persistent psychotic symptoms that were unresponsive to medication, the impact of FI was more likely to be on the prevention of relapse. The work also provided information on the more specific nature, duration and intensity of the psychological interventions most likely to deliver positive outcomes and, importantly, demonstrated that cognitive behavioural or family interventions came with no significant associated harms.

The research provided the evidence base for the development both of 2002 National Institute for Health and Clinical Excellence (NICE) guidance relating to schizophrenia treatment and the revision of this guidance in 2009. It also prompted significant broader policy interest and debate, including a 2008 review by the Healthcare Commission and a 2010 All Party Parliamentary Mental Health Group report on the implementation of the NICE schizophrenia guidelines. In 2012, the Schizophrenia Commission re-stated the need to fully implement the recommendations made in that guidance, based on the UCL review.

Its use to inform these vital documents has catalysed a major shift in UK health service provision and a resulting reduction in hospital admissions. In line with recommendations made in the research, NICE Guidance for Commissioners now recommends psychological interventions for schizophrenia: FIs and CBT for psychosis have become an integral part of mental health services and are central to the delivery of Early Interventions Services for psychosis.

Supported in significant part by the implementation of the NICE guideline based on the UCL work, the availability of CBT and FIs has increased hugely in the last five years or so. During that period, they have been offered to an estimated minimum of 150,000 patients in the UK, with an estimated uptake of around 100,000.

The effects on health service providers of this greater availability and uptake of FIs and CBT have been substantial. If we apply modelling produced to support the NICE health economic assessment underpinning its updated 2009 guidance, then an estimated 9,000 fewer relapses and 4,200 fewer hospital admissions may be attributed to the use of FIs, and 6,000 fewer relapses and 3,200 fewer hospital admissions to the use of CBT during the period 2008-2013. During the same period, the estimated cost saving from reduced hospital bed use is over £28 million.

In addition to its impact on NICE the review had a major impact internationally, supporting an increased emphasis on psychological interventions in schizophrenia guidelines including clinical guidelines on schizophrenia in Australia and New Zealand, Spain and Italy.

Funding from the Department of Health.