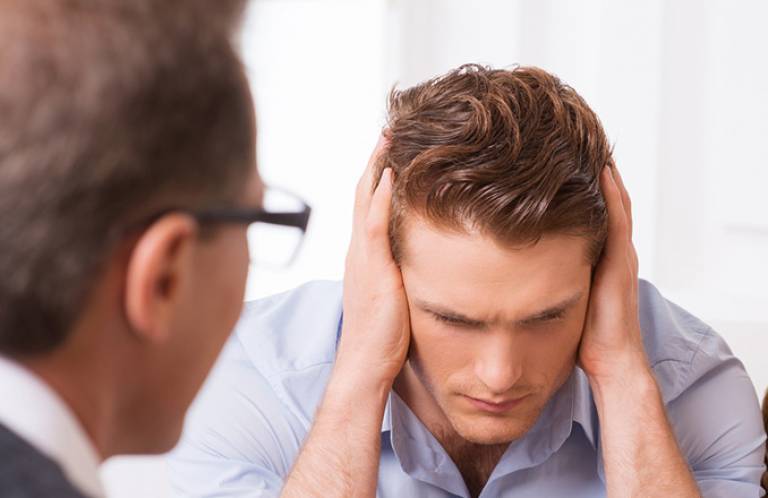 Finding alternatives to acute admission to mental health wards is crucial, not least because of the high cost of inpatient care. By demonstrating the efficacy of community treatment, UCL research has supported important changes in NHS and international configuration of acute services for severely mentally ill adults.

Despite the closure of large asylums, psychiatric hospitals remain prominent within UK mental health systems. The Information Centre for Health and Social Care (ICHSC) estimates that 550,000 of England's 1.6 million users of specialist services for people with severe mental health problems - which includes those with disorders such as schizophrenia or bipolar disorder - were admitted to hospital in the 12 months from April 2012.

The costs associated with these admissions are extremely high, with £655 million being spent on acute psychiatric wards for adults of working age in 2012-13 alone. In combination with service users' reluctance to be admitted, reports of negative hospital experiences and doubts about their therapeutic quality, the high cost of admission to such wards has driven an increasingly urgent quest for effective alternatives.

For the past decade or so, a team led by Professor Sonia Johnson (UCL Psychiatry) has responded to that need with research on the two key types of alternative: crisis resolution teams providing assessment and intensive home treatment, and crisis houses, which provide 24-hour support and treatment in a domestic, community-based setting. Their work, which has included the only randomised controlled evaluation of crisis resolution teams and the only major UK study of crisis houses, has helped assuage fears about the use of these alternative intervention methods, providing robust new evidence to underpin their continuing implementation and development in the NHS.

This widely cited programme of work has provided a vital evidence base for informed decision-making at both local and national levels about the configuration of acute services for severely mentally ill adults. It has helped sustain the use of the crisis resolution/home treatment model introduced in the UK in 2001 beyond a mandatory initial period, and has supported the introduction of new residential crisis houses in the community.

The ICHSC estimates that crisis resolution teams cost £256 million per year in England, as compared with the £655 million cost of acute inpatient wards. By demonstrating that crisis resolution teams constitute an effective alternative to acute admission, the research has therefore supported a very significant cost savings to the NHS. The fact that the crisis resolution model is able to deliver this saving whilst also increasing service user satisfaction demonstrates the substantial benefits of having an acute mental health care policy well founded on evidence.

Influential recent reports citing the UCL research in recommending the use of crisis teams as an efficient way of managing mental health crises include those produced by the health charity the Kings Fund, the think tank Centre for Social Justice and the national mental health charity MIND, whose representatives Professor Johnson has joined in giving evidence on acute care to the All Party Parliamentary Group on Mental Health.

The Joint Commissioning Panel for Mental Health, which is co-chaired by the Royal College of Psychiatrists and the Royal College of General Practitioners in collaboration with a range of national voluntary and statutory bodies, has also used the research. Here, it has underpinned recommendations intended for use by Clinical Commissioning Groups to inform local commissioning priorities, strategies and service redesign, and by Health and Wellbeing Partnerships to inform Health and Wellbeing Strategies.

In addition, the UCL work appears in guidelines produced in 2009 and 2013 by the National Institute for Health and Clinical Excellence (NICE), recommending the use of crisis teams to support service users with both bipolar disorder schizophrenia/psychosis.

The impacts of the research have, moreover, been felt beyond the UK: a report by the World Psychiatric Association likewise makes recommendations in support of crisis teams and crisis houses in countries with well-developed mental health systems, and the work is cited in support of new national policies and local plans and policies within mental health trusts in documents from Norway and Belgium.