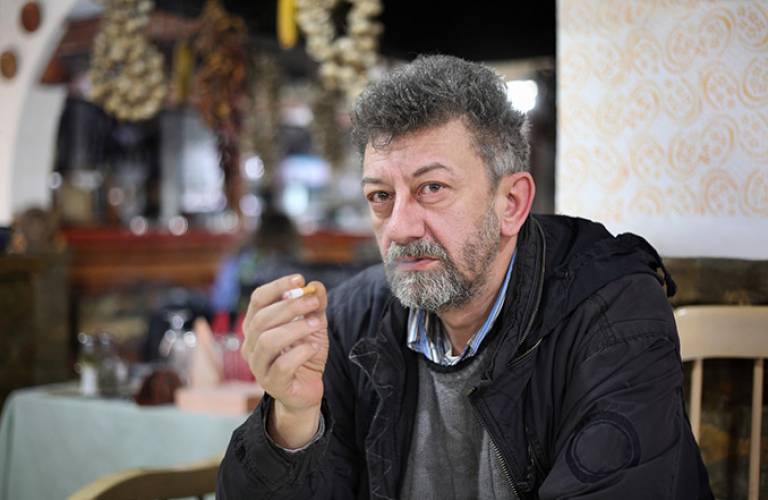 Research by UCL's Professor Susan Michie and colleagues led to the establishment of the NHS Centre for Smoking Cessation and Training in 2009, estimated to have helped 7,500 smokers to quit, saving an estimated 6,500 life years.

The NHS Centre for Smoking Cessation and Training (NCSCT), based in UCL Psychology & Language Sciences, was set up as an academic-NHS partnership in order "to research and disseminate ways of improving the provision of stop smoking support" and maximise the impact of research findings by encouraging NHS Stop-Smoking Services to use the most up-to-date evidence available.

UCL research has had important impacts on national policy via the NCSCT. For example, the Department of Health's 2010 Tobacco Control Strategy, A Smokefree Future: A Comprehensive Tobacco Control Strategy for England, repeatedly refers to the NCSCT as central to implementing its strategy, stating: "We will continue to support the development and implementation of the NHS Centre for Smoking Cessation and Training (NCSCT) as the benchmarking organisation for clinical competence and standards for NHS Stop Smoking Services advisers."

In 2011, the House of Lords Science and Technology Committee's Inquiry on Behaviour Change invited Professor Michie to provide evidence on the NCSCT. The committee singled out the NCSCT for praise as an "example of evidence-based policy" with its success attributed to it having been "developed by, or in consultation with, academics with expertise in changing behaviour".

NCSCT research formed the basis of the Standard Treatment Programme and learning outcomes guiding the development of the first-ever national training curriculum for Stop Smoking practitioners, and formed the basis for their certification and accreditation of service providers. Between 2010 and 2013, more than 20,000 practitioners registered for training.

In 2012, more than 1,000 practitioners rated the extent to which the NCSCT training and resources had improved their practice: The modal response, 34.0%, was "very much", with 15.2% responding "extremely", and 23.6% "moderately". Success rates available across 147 services for two years before the introduction of NCSCT training (2008-2010) and one year after (2011-2012) showed that average success rates improved by nearly 2% for all services.

In the three years following the establishment of the NCSCT the quit rates rose by 6%. If all of the increase in quit success during this period is attributed to the NCSCT, it is estimated to have saved 21,500 life years: 6,500 after discounting at 3.5% per year as recommended by NICE, at less than £500 per discounted life year saved.

The NCSCT was established by the Department of Health to improve the quality of stop-smoking support nationally creating a virtuous circle of 'research into practice into research'. The work of Professor Michie and colleagues provided, and continues to provide, the backbone of this exercise and the results have been extremely positive with significant improvements in national performance following roll-out of training based on their research findings. - Director of the National Centre for Smoking Cessation and Training

The NCSCT was initially funded by a grant from the Department of Health (2009-12) and has since received some core funding from Public Health England (2013-).