Encouraging children to be more active 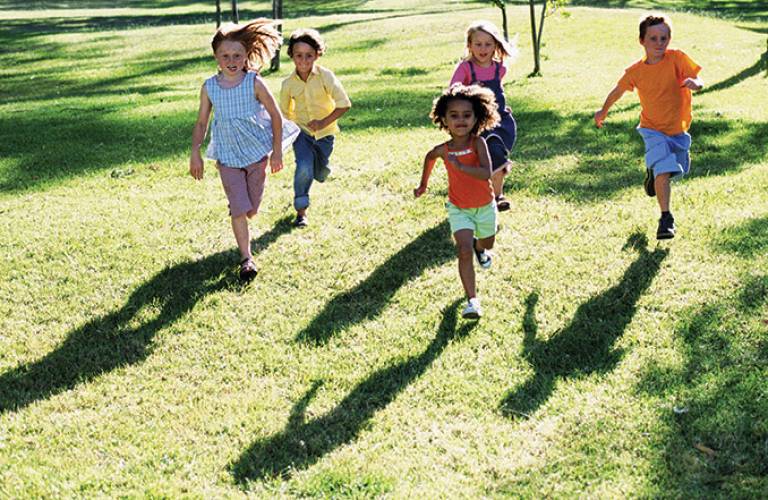 Government bodies and advocacy groups have used UCL research into children's physical activity to support proposals to improve children's health and wellbeing by encouraging children to be more active. The research showed the benefits of active play and proposed ways of reducing car use, such as walking buses for journeys to and from school.

Research led by Professor Roger Mackett (UCL Centre for Transport Studies) looked at the effects of car use on children's physical activity and at the quality of children's activity. His findings included showing that children used more calories when playing or walking to school than in organised activities, that boys move about more than girls, and that children move in much straighter lines when accompanied by an adult than when they are with other children, suggesting adult supervision may limit children's physical activity.

The work has been cited to support policy and proposals aimed at improving children's health and wellbeing by encouraging children to be more active. A specific intervention studied by Professor Mackett was walking buses, in which groups of children walk to school under adult supervision. In 2008, the National Institute for Health and Clinical Excellence produced guidance that recommended walking buses as a highly cost-effective option to increase children's physical activity. Since then, hundreds of schools around the UK have established walking buses. This not only benefits children's health, but it also cuts CO2 emissions by reducing the number of car journeys.

Professor Mackett has made numerous presentations to professionals involved in children's travel and play around the world, including in the United States, Romania and New Zealand. In 2013, he was invited to present to the House of Commons All Party Commission on Physical Activity about ways to address low levels of physical activity.

The research on the benefits of play has been widely taken up by central and local government. For instance, the Department for Children, Schools and Families and the Department of Culture, Media and Sport's document 'Fair Play: A Consultation on the Play Strategy, A Commitment from the Children's Plan' noted the work demonstrating that active play is one of the best ways for children to burn calories outside of PE lessons. This consultation was used to develop the 2008 National Play Strategy, which set out the government's 10-year vision to deliver more and better play opportunities for children in England.

The Sustainable Development Commission, formerly the UK government's independent adviser on sustainable development, cited the research in a discussion about obesity in its 2011 report 'Fairness in a Car-dependent Society'.

Advocacy groups such as Sustrans and Living Streets, and local groups, frequently cite Professor Mackett's research as evidence for action to be undertaken to increase children's physical activity. 'State of Play', published by the Association of Play Industries for use by advocates of children's play and the play equipment industry, quotes him in outlining the benefits of play for children's health and in claiming that children tend to walk when they go out to play. They use this evidence to argue for safer streets and places for play.

Play England, a charity supported by government departments and industry that seeks to promote the vision in the UN Convention on the Rights of the Child, used Professor Mackett's research to argue for the health benefits of children's play, and Play Wales used the research to provide evidence for public health specialists, primary care teams and healthy school coordinators about the benefits of children's play.