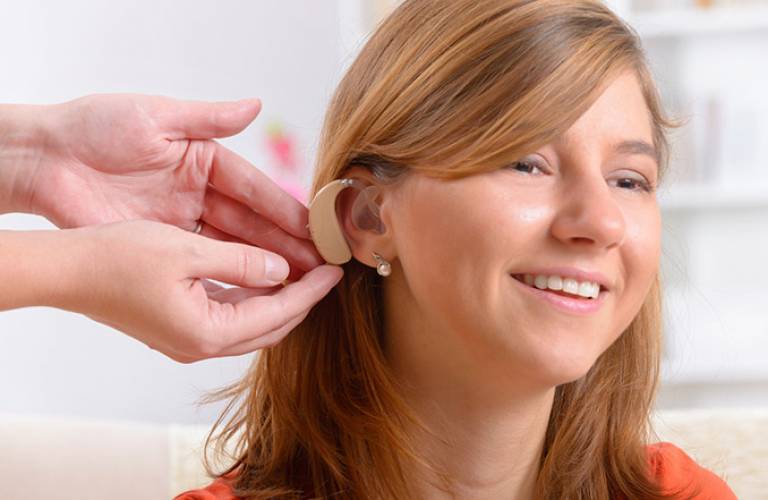 UCL research into the genetics of deafness has resulted in the introduction of new diagnostic tests, which are now included in healthcare guidelines and professional standards. This research has resulted in improved quality, accessibility and acceptability of genetic services to a patient population including many hard-to-reach groups (deafblind, culturally Deaf, and the Bangladeshi population of East London).

Over the last 20 years, researchers at the UCL Institute of Child Health have made a detailed study of families attending the audiology and genetics departments at Great Ormond Street Hospital. Through this work they have identified genes that cause a variety of forms of deafness, either on its own (non-syndromic), or as part of a wider set of symptoms (syndromic). These have included genes for Branchio-oto-renal syndrome, Cardio-Auditory Syndrome and Usher syndrome, and the first identification of a gene causing non-syndromic deafness in humans.

These discoveries have been translated into diagnostic tests for patients which are now in routine use in the NHS. Thousands of these tests are carried out every year in the UK alone. Genetic testing clarifies the inheritance of the condition, and allows personalised genetic counselling to take place. Prenatal diagnosis for serious syndromic conditions is also now available in a number of centres.

The group also set up the UK's first dedicated genetic deafness clinic in the UK and the only multidisciplinary dual sensory impairment clinic. The clinic sees over 300 patients per year in these clinics for diagnosis and genetic counselling.

One patient group described the impacts of the research on patients as follows:

Members of the research group have informed a number of guideline development groups for the British Association of Audiovestibular Physicians and the European Molecular Genetics Quality Network. They also contributed to the NIHR National Horizon Scanning Centre document Genetic tests for screening pre-lingual hearing loss in newborns for the National Institute for Health and Clinical Excellence on the subject of potential advances in genetic technologies and their impact on screening newborns for deafness. They also advised the Department of Health Bill Team on amendments to Clause 14(4) of the Human Fertilisation and Embryology Bill (2008) regarding embryo selection, particularly as it applied to deafness and the culturally Deaf community. Consequently the clause was re-worded to take account of the views of the Deaf Community.

The group has engaged the public and parent groups throughout their programme of research, for example entering into public debate with the culturally Deaf community regarding ethical issues, engaging hard-to-reach groups through Information Days, and disseminating the subsequent findings through electronic media with the help of support groups such as deafblind charity Sense.