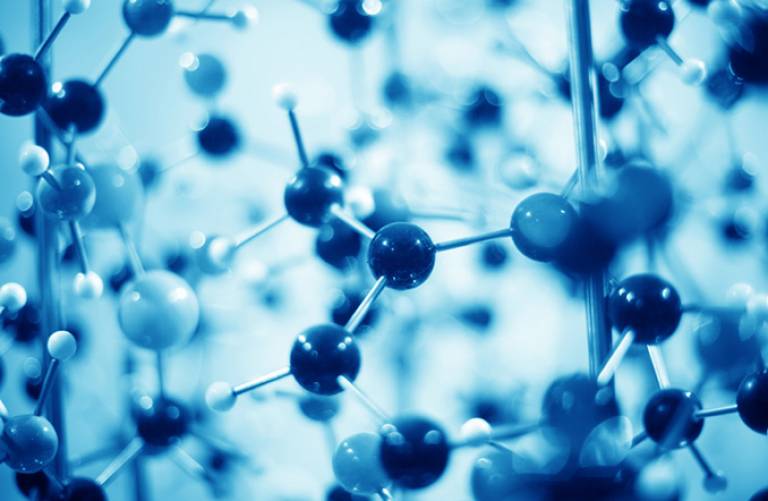 Catalytic processes underpin production in the chemicals and pharmaceuticals industries. A range of powerful computational and experimental techniques for understanding catalysis at a molecular level, developed by a UCL and Royal Institution team, have helped optimise production by industry.

Collaborations with technology company Johnson Matthey (JM) saw the techniques integrated into JM's research and development across a range of catalysts, cutting development times. A range of methodologies were specifically designed for JM, helping make its analytical science and technology highly competitive with other similar chemical companies around the world.

Elsewhere, research into quantum mechanics/molecular mechanics has fed into computational modelling software by the scientific software company Accelrys. The program, Materials Studio®, enables investigators to relate product performance with material properties and behaviour at the molecular, atomic, and meso scales.

UCL's X-ray absorption spectroscopy approach found that the use of platinum in vehicle emission catalysts is not likely to generate chloroplatinate, which are of environmental concern. This data was used in the United States in 2012 as evidence that major industrial use of platinum in catalysts - then under scrutiny by the Environmental Protection Agency - were not a direct source of chloroplatinates in the environment and could continue to be used.