B cell depletion: an effective therapy in rheumatoid arthritis 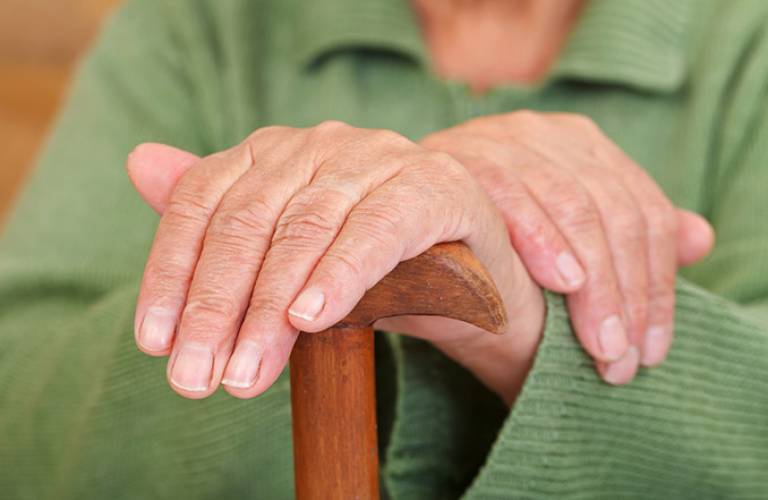 Pioneering UCL research in the 1990s into the mechanisms that cause rheumatoid arthritis established a new understanding of the disease. As a result, a new treatment - B cell depletion - has been introduced worldwide. This in turn has stimulated the development of similar therapies for other autoimmune rheumatic, haematological and neurological diseases.

Rheumatoid arthritis (RA) is an autoimmune condition which affects around 400,000 people in the UK and millions around the world. In such conditions the body's immune system - which normally defends against infections such as viruses and bacteria - for unknown reasons begins to attack the body's own tissues.

Prior to the research by Professor Jonathan Edwards (UCL Medicine) and Dr Geraldine Cambridge (UCL Inflammation), the specific mechanisms by which this happens in RA were not well understood. Many different types of blood cell make up the immune system, and of these, it was generally believed that T cells were the culprit. Yet, despite more than 20 years of research, this had not been clearly demonstrated, and therapies which targeted T cells did not provide benefit to patients. Research by Professor Edwards and Professor Cambridge led to the hypothesis that it was in fact B cells that played an essential role in the pathogenesis of RA, and that removing these could play a significant role in the treatment of RA.

Towards the end of the 1990s Roche developed a drug - rituximab - for the treatment of B-cell cancers, notably lymphomas. Professor Edwards and Dr Cambridge were quick to recognise that since both B-cell lymphoma and RA involved uncontrolled proliferation of B cell clones, rituximab might well be what they had been waiting for to treat patients with RA. They undertook a series of trials which indicated that rituximab produced results in patients with RA that at least matched those of patients treated with the existing standard treatment (TNFα blockade). The group then went on to successfully treat patients with another autoimmune condition, systemic lupus erythematosus.

As a result of this research, use of rituximab to treat RA was approved in 2006 by the FDA and European Medicines Agency. Later that year it was recommended by the European League Against Rheumatism, who described the treatment as "a major advance in the therapeutic armamentarium for patients with rheumatoid arthritis". It is also recommended in guidelines issued by the National Institute for Health & Care Excellence, the American College of Rheumatology, the British Society for Rheumatology and British Health Professionals in Rheumatology.

Rituximab is now in widespread use as a treatment for RA, with usage rising every year. By the end of July 2013, Roche estimated that 228,800 patients had been treated with rituximab for RA.

The standard first-line treatment for RA is the use of anti-TNFα drugs. However these are not suitable for many patients, particularly those with a history of cancer or recurrent infections. Data from various European registries shows that this is around a third of patients. Rituximab has addressed this previously unmet need.

The drug is also used when anti-TNFα drugs do not work, which is the case for 30-40% of patients. With a cost of £5,000 per annum less than other biologics, in the UK it is generally the next choice before other more expensive alternatives such as tocilizumab and abatacept. Use in patients in this setting has already generated considerable savings to the NHS. The economic impact of rituximab has been greater in low- and middle-income countries (for example, Brazil) where the lower cost of rituximab makes it the first-line biologic for RA.

The success of B cell depletion therapy in RA has directly led to it being used for autoimmune rheumatic diseases, such as systemic lupus erythematosus, ANCA associated vasculitis, Behcets syndrome, myositis, anti-phospholipid syndrome, Sjogren's syndrome and neuromyelitis optica. Rituximab is licensed for ANCA-associated vasculitis, is approved for funding by NHS England for systemic lupus erythematosus, and has been nationally commissioned for the treatment of Behcets disease and neuromyelitis optica.

Rituximab's success in the clinic stimulated the development of a number of novel B cell targeted therapies by pharmaceutical companies. It also prompted a surge of research into basic and translational B cell biology, which may have implications for a number of autoimmune diseases for which there is, at present, no effective therapy.