This page is part of the output from the Institute of Communications and Connected Systems that  presents aspects, components, and testbeds which are part of the challenge for 5G infrastructures.

In particular, this page covers support functions and the UCL Testbed, which are useful and aid in the understanding of the whole 5G system:

The following acronyms are used throughout these pages:

This section describes the experimental control that is used as part of the UCL testbed. In order to undertake controlled experiments in any testbed we need a mechanism that is able to repeat reproducible runs, but still have a level of randomness and profiling similar to real life. For our testbed we have a set of probabilistic generators that create requests, via events, for new VMs and for new virtual links. This sub-system has the capability to set probability distributions for:

The event generators can be embedded within a system or can be used in an external experiment controller mechanism which can send REST requests to get the required functionality.

Such an approach allows for time-varying dynamic graphs to be created at run-time, but with different topologies on each run.  Furthermore, once a topology has been instantiated we are able to start traffic generators which can send traffic from one node to another in order to create loads on the network. These traffic generators are also configurable using functions specifying traffic volume, data rate, and lifetime.

The experimental control functions are part of the UCL VLSP open source soft infrastructure tesbed. It can be downloaded from our UCL EE CISP repository http://clayfour.ee.ucl.ac.uk/usr/. Currently VLSP has over 550 classes and over 100K lines of code.

One of the management tools we have built for VLSP is a Network Visualization tool. It takes a logical graph view of the virtual topology, including the routers and the links, and presents a visualization. Extensions to this tool have been created which include the virtual applications that execute on the routers. Furthermore, we are able to present key nodes in different shapes and colours in order to highlight key features of a topology. As an example, consider the topology in Figure 10 which represents a partial snapshot of a topology created using a probabilistic generator.

A pluggable module we have developed to interwork with the monitoring sub-system is the Grafana dynamic dashboard generator. In the 5GEx project, data collected by the monitoring framework are stored as time-series values in a time-series DB. Data in a time-series DB can be visualised using open source tools such as Grafana. However, the creation and configuration of a Grafana dashboard is a process requiring manual human intervention and customisation. We developed the Grafana dynamic dashboard generator to overcome these limitations and to be able to visually understand the status and condition of the components implementing the 5GEx network service instances. As soon as a new service is up and running, a new dashboard including graphs related to the service components and the KPIs of interest is created dynamically in Grafana.

This section describes the IoT environments that can be found at the edge of the network. One of the main use-cases for 5G is that of encapsulating IoT environments within the full service lifecycle. IoT is a challenge due to the large number of devices and things combined with the large amount of data that can be transmitted. In order to design, build, and test IoT compliant systems there is a need to interact with an IoT platform to match with the system dynamics and the scale of the elements sending data.

In our case we have virtualized network and compute environment that can be dynamically created, and on top of this we can instantiate soft IoT elements. These make use of micro apps masquerading as IoT devices.  Such an approach allows us to scale the system and also match the dynamics of a real IoT environment.

The soft IoT functions are part of the UCL VLSP open source soft infrastructure testbed. VLSP can be downloaded from our UCL EE CISP repository http://clayfour.ee.ucl.ac.uk/usr/. Currently VLSP has over 550 classes and over 100K lines of code.

The UCL testbed is currently based on the VLSP soft infrastructure platform, and comprises of three main elements:

The VLSP integrates and unifies networks, compute nodes, and services into a single platform. The whole solution, including a lightweight virtual router, was designed and built from the scratch.

Distributed Infrastructure Implementing Logically-Centralized Management and Control: We focus on flexible and adaptable service provisioning and on aspects beyond traffic engineering (e.g. adaptable service deployment / operation, optimized distributed node placement etc). We use our own Lattice monitoring facility which builds the global-picture for the system.

Experimentation beyond data plane performance: VLSP focuses on the experimentation of distributed management and control components of virtualized Software-Defined Networks rather than network plane performance. VLSP brings the following benefits: (i) many more routers can be deployed on each host, making easier to test scalability and stability; (ii) enhanced distributed management, control and monitoring evaluations can be carried out which is difficult to achieve in a running environment using a number of deployed data centers; (iii) arbitrary topologies can be created using virtual routers, providing a more general way to form virtual networks; (iv) it is suitable for both experimentation with virtual networks and lightweight virtual servers; and (v) it supports experiments with dynamic topologies.

JVM based Runtime Environment: The evaluation of network topologies allowing hundreds or thousands of virtual nodes (routing or compute), using software written in Java. Each nodes resides in its own virtual machine, and so is independent of and secure from all other virtual nodes. Our software execution environment, available on all nodes, allows the deployment of diverse network control components.

The VLSP open source soft infrastructure tesbed. It can be downloaded from our UCL EE CISP repository http://clayfour.ee.ucl.ac.uk/usr/. Currently VLSP has over 550 classes and over 100K lines of code. 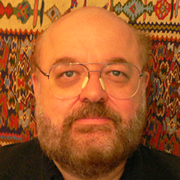 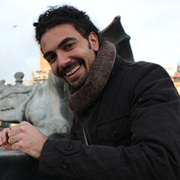 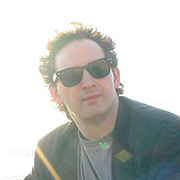