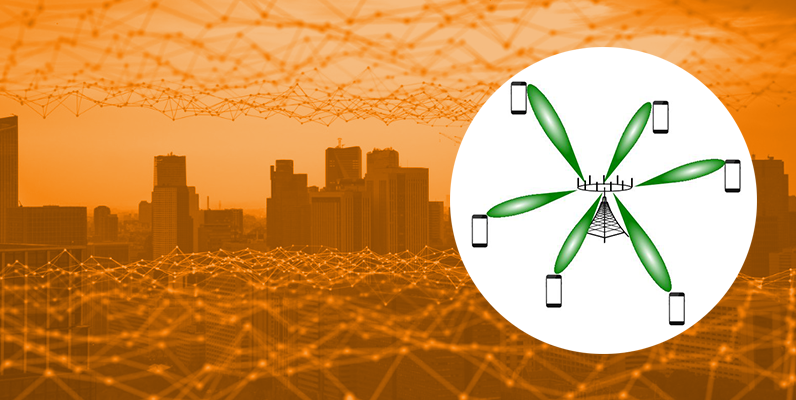 This project will develop multi-antenna full-duplex technology to achieve highly efficient spectrum usage in HetNets (heterogeneous networks). Full-duplex radios are much more than just doubling the capacity as perceived in current literature. More explicitly speaking, we believe that it is making communication technologies impossible become possible. The implications of full-duplex communications are transformative. Full duplex, which permits simultaneous transmission and reception, motivates a fundamental rethinking of the ways wireless networks are designed and optimised.

However, the fact that the power of the transmitting signal is so much larger (over 100 dB) than that of the receiving signal has fuelled the belief that it is impossible to separate them on a single channel. Recently, this picture has begun to change, following the pioneering work by Choi et al. from Stanford University who demonstrated a working full-duplex radio on a single channel.

We envisage that full-duplexing can transform the operations of wireless networks and is expected to have massive benefits in HetNets. HetNets are widely regarded as one key wireless technology for the provision of future wireless communications (including 5G) by complex interoperation between macrocells and small cells. The enormous interest for HetNets is due to their capability of providing high regional capacities and flexible coverage, and more importantly their low infrastructure costs. In HetNets, a mosaic of wireless coverage is obtained by a variety of wireless coverage zones from macrocell to small cell such as, pico- and femtocell. Of increasing interest to mobile operators are the customers' installed femtocells that can greatly improve indoor coverage but share the same frequency band as the macrocells. There is a huge scope of research in resource allocation and physical-layer design and optimisation in HetNets.

This project will exploit the full potential of MIMO full-duplexing in HetNets by designing a holistic solution that interconnects antenna design, physical-layer signal processing, and network resource allocation to address the inherent challenges of full-duplexing and realise its massive end-to-end benefits. To achieve this goal, UPFRONT first proposes new antenna design specially for wideband MIMO full-duplexing, which is substantially more challenging than the existing narrowband single-antenna case. Next we leverage the powerful MIMO signal processing to handle the overlooked in-tercell interference and new interference introduced by the full-duplex operation, which are critical to deliver the end-to-end benefits of full-duplex HetNets but were not well studied before. Furthermore, UPFRONT will explore the unexplored full-duplexing opportunities to address the networking-wide resource allocation challenges associated with the adoption of full-duplexing small cells under the greater macrocell structure sharing the same mobile spectrum. The outcomes of UPFRONT will elucidate the importance of a holistic approach to full-duplexing design and have impact in fundamental and practical research of future wireless networks.