Technology developed by UCL researchers as part of the EU-funded 5G-MEDIA project could help avoid scenes seen on the BBC’s failed first broadcast over a 5G network. 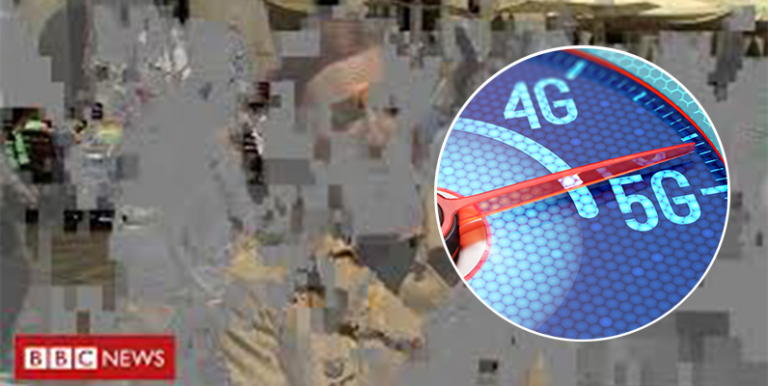 On the 31st of May 5G publicly failed to support a BBC outside broadcast that attempted to be the first such aired transmission on the UK’s new 5G network, which had been launched on the same day.

The broadcast had to be cut short by the presenter in the studio due to video and audio distortion that made the footage impossible for the audience to follow.

An EU-funded research project entitled ‘5G-MEDIA’, in which members of the Institute of Communications and Connected Systems (ICCS) have a large involvement, believes it has the solution to future similar situations.

The BBC's live broadcast problem was not down to a failure of 5G,

however, it was due to limitations of existing 4G infrastructure uplinks

A view which has been expressed by experts across social media:

With the BBC failing in its attempts to deliver live TV broadcasts over #5G, I wonder how many journalists were told the truth - that the uplink is still 4G... pic.twitter.com/PhF9JdUj9Y

The 5G-MEDIA project successfully demonstrated a prototype system to enable robust remote media production in broadcasting over a 5G network at its recent review. The successful demonstration took place with Spanish public broadcaster, RTVE, in Madrid.

In this demonstration a Cognitive Network Optimiser (CNO), built with reinforcement machine learning algorithms, was able to predict network congestion and respond with an intelligent adjustment of video compression levels to ensure a high quality of experience (QoE) even under congested network conditions.

This approach avoids packet and frame loss which caused the video

distortion as seen in the BBC live broadcast.

The 5G-MEDIA approach is not only for future 5G networks but it would also avoid problems caused by fluctuating capacity in current network uplinks, such as the 4G one used in the BBC broadcast.

The technology solution developed by the 5G-MEDIA project includes a new quality of experience probe that provides essential feedback to the machine learning algorithms during their training phase. This probe also enables a comprehensive Monitoring, Analysis, Planning and Execution (MAPE) loop that embeds the machine learning logic of the CNO.

The EU-funded H2020 5G-MEDIA project is working on novel architectures for the management of media applications on 5G networks.

A visual demonstration of the effects of the 5G-MEDIA, ensuring a good quality of experience in media broadcast over 5G. (Note there is intentionally no audio)

The Cognitive Network Optimiser (CNO) provides a set of automated tools for optimising the configuration of the network and the applications running over it. It is built from a combination of classical optimisation techniques, data analytics and machine-learning algorithms.