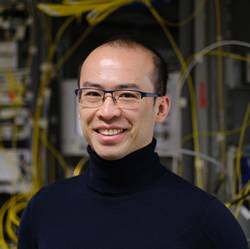 Lecturer in Optical Communications and Networks

Zhixin Liu received his Ph.D. degree in Information Engineering from the Chinese University of Hong Kong, Hong Kong, in 2012. He joined the Corning Fibre Incorporated as a qualification engineer in 2009. Upon Ph.D. graduation, he received the Hong Kong Creative Fund and co-founded a start-up company. He joined the Optoelectronics Research Centre (ORC) at the University of Southampton, UK, in 2013 and became a Senior Research Fellow in 2015. In 2016, he joined the Optical Networks Group at UCL as a Lecturer.