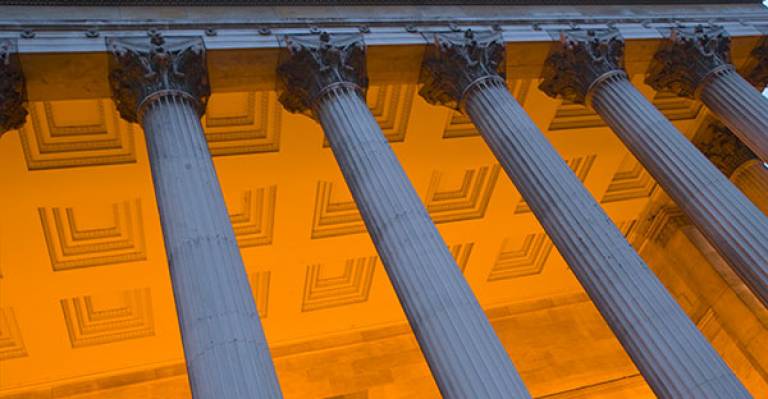 Last month, inspired by the Friends of Out@UCL initiative, we co-hosted a lunch to explore the idea of setting up a Male Allies’ network at UCL to contribute to and catalyse gender equality. The Provost also attended throughout and spoke at the event, as did Fiona McClement, Head of Equality, Diversity and Inclusion, and members of her team.

About 20 men – all nominated by UCL colleagues as active supporters of gender equality – participated in the round table discussion of why male allies are needed, what they can do (and shouldn’t do) and whether to set up a network. Top ideas included putting together a roadmap, key principles and 3-4 priority objectives for a network which will be kick-started by Dr Nathan Lea, publicising positive experiences of shared parental leave, engaging with relevant local, national and international initiatives  and continuing to advocate for women and challenge inappropriate and sexist behaviour whilst being positive male role models. Several Heads of Department offered ideas on the positive difference they can make in creating an inclusive workplace.

Kevin Coutinho, Athena SWAN Manager, in his first day in the EDI team, gathered up the many suggestions on the flipcharts and will be working with us both, and Nathan, to turn the material into a roadmap.

We know there are colleagues who expressed interest but were unable to to make it to the lunch and there may well be others who are hearing about this for the first time. If you would like to get involved, or stay involved, please contact Kevin at k.coutinho@ucl.ac.uk.