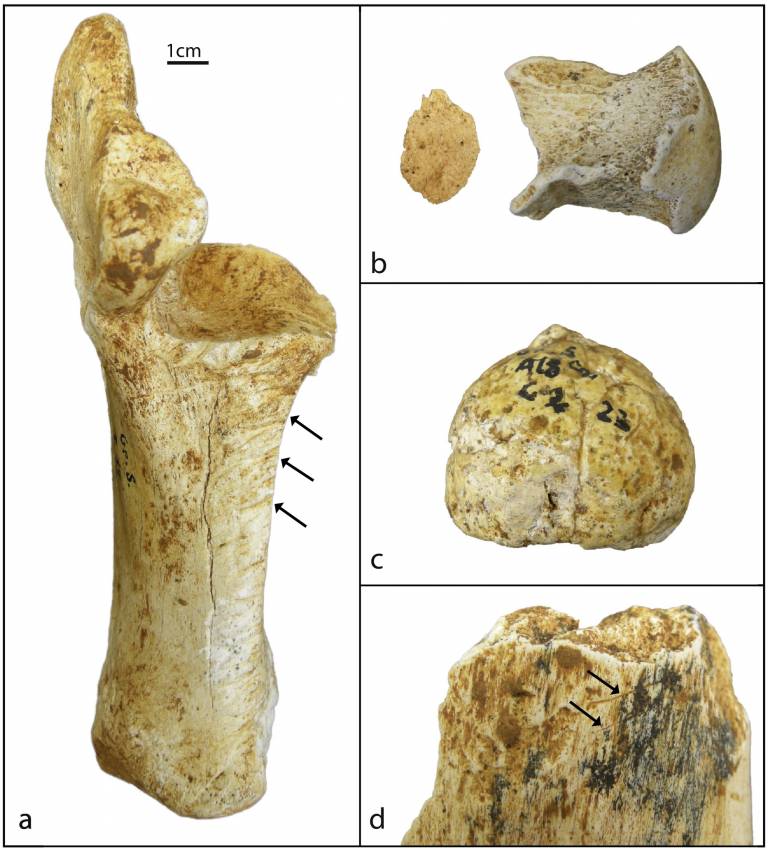 All three assemblages were excavated between the 1950s and the 1980s. Our examination of the material, while mindful of the potential role of selective retention of faunal remains, suggests a number of hypotheses concerning the role of humans in the faunal accumulations, particularly regarding the possible exploitation of small, fast prey by Neandertals at the three sites. While traces of human activity are present at Grotte Simard, this assemblage seems to predominantly reflect carnivore activity. In contrast, the faunal samples from Abri Commont and Abri Lartet contain strong anthropogenic signals and minimal evidence of large carnivore imprint in the main occupation layers. At Abri Commont, the fauna from Couche 2, associated with a Quina industry, is dominated by reindeer, followed by horse and large bovids. More detailed study of the small game from Abri Commont suggests that non-human animal activity was responsible for their accumulation at the site. At Abri Lartet, the main occupation layer (Couche 2) is associated with what has been described as a transitional "Ferrassie/Quina" lithic industry, and the faunal assemblage is heavily dominated by reindeer. Based on the available stratigraphic information, we divide the assemblages from the lower levels (3-9) of Abri Lartet into east and west sectors. The faunal assemblages from levels 3, 4, and 6 in the east part of the Abri are consistently dominated by reindeer, while levels 3 and lower in the west part show substantial evidence of bear activity. Despite signs of extensive processing of ungulate parts in the east levels of Abri Lartet, we hypothesize that small animals were rarely exploited as food at the site, consistent with other sites in southwestern France.