The Bonn-Oberkassel dog remains (Upper Pleistocene and 14223 +- 58 years old) have been reported more than 100 years ago. 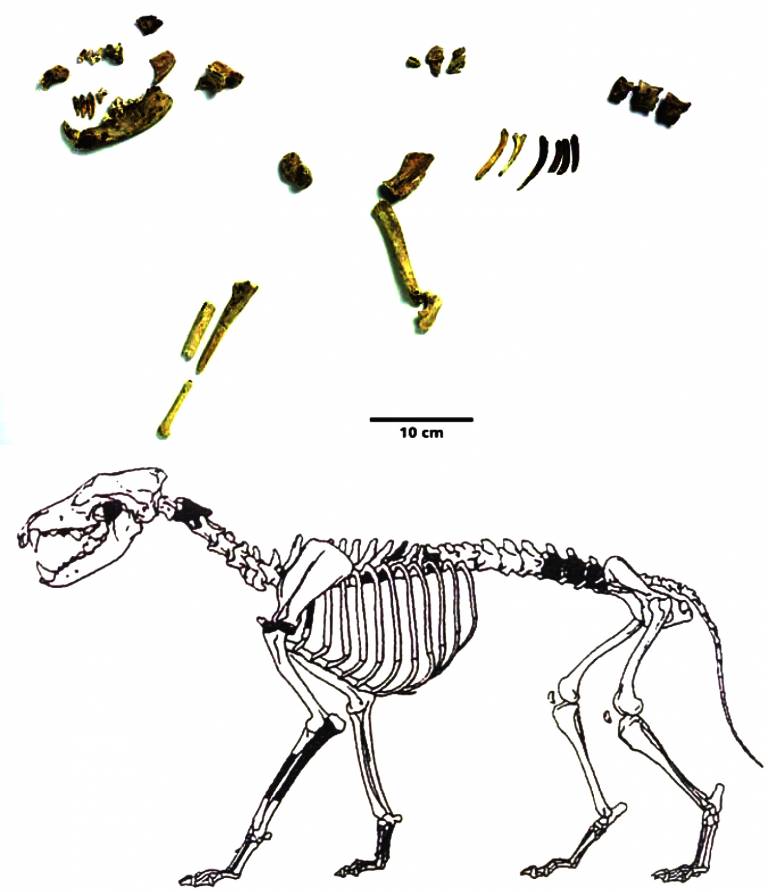 Recent re-examination revealed the tooth of another older and smaller dog, making this domestic dog burial not only the oldest known, but also the only one with remains of two dogs. This observation brings the total known Magdalenian dogs to nine.

Domestication of dogs during the final Palaeolithic has important implications for understanding pre-Holocene hunter-gatherers. Most proposed hunter-gatherer motivations for domesticating dogs have been utilitarian. However, remains of the Bonn-Oberkassel dogs may offer another view.

The Bonn-Oberkassel dog was a late juvenile when it was buried at approximately age 27-28 weeks, with two adult humans and grave goods. Oral cavity lesions indicate a gravely ill dog that likely suffered a morbillivirus (canine distemper) infection. A dental line of suggestive enamel hypoplasia appears at the 19-week developmental stage. Two additional enamel hypoplasia lines, on the canine only, document further disease episodes at weeks 21 and 23. Pathological changes also include severe periodontal disease that may have been facilitated by immunodeficiency.

Since canine distemper has a three-week disease course with very high mortality, the dog must have been perniciously ill during the three disease bouts and between ages 19 and 23 weeks. Survival without intensive human assistance would have been unlikely. Before and during this period, the dog cannot have held any utilitarian use to humans.

The team of archaeologists suggest that at least some Late Pleistocene humans regarded dogs not just materialistically, but may have developed emotional and caring bonds for their dogs, as reflected by the survival of this dog, quite possibly through human care.

A new look at an old dog: Bonn-Oberkassel reconsidered