Malapa Hominin (MH) 1, an immature individual whose second permanent molars had recently reached occlusion at the time of death, is the holotype of Australopithecus sediba, a 2-myr-old South African taxon that has been hypothesized to link phylogenetically australopith-grade hominins to the Homo clade. 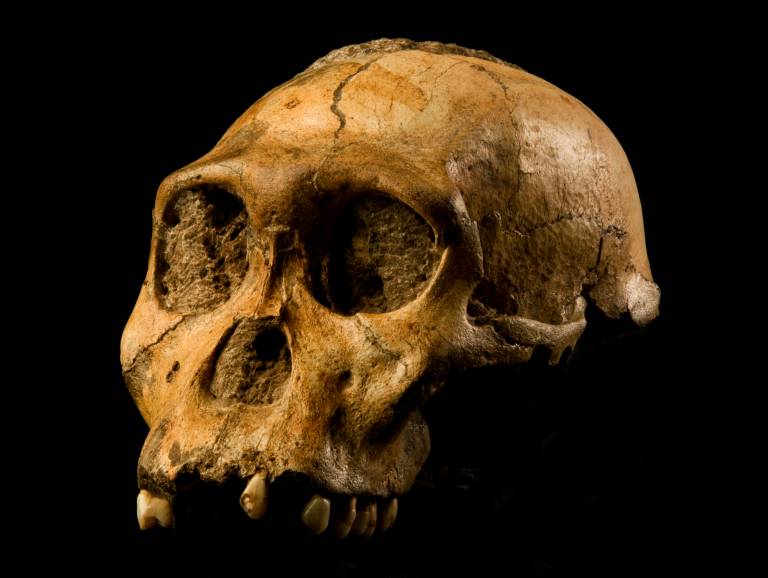 Given the existence of 2.8 myr-old fossils of Homo in eastern Africa, this hypothesis implies a ghost lineage spanning at least 800 kyr. An alternative hypothesis posits a unique relationship between Au. sediba and Australopithecus africanus, which predates the Malapa hominins in southern Africa and whose phylogenetic relationships remain ambiguous. The craniofacial morphology of MH 1 looms large in the framing of the two hypotheses. These alternatives were evaluated in two ways. First, it was investigated whether the craniofacial morphology of MH 1 was ontogenetically stable at death. Based on data from a late-growth series of chimpanzee, gorilla, and modern human crania, we found that key aspects of MH 1's resemblance to Homo can be accounted for by its immaturity. Second, MH 1 was studied with an eye to identifying craniofacial synapomorphies shared with Au. africanus. In this case, MH 1 shows unambiguous affinities in its zygomaticomaxillary and supraorbital morphology to crania from Sterkfontein Member 4, which we found to exhibit unusual derived morphology compared to Homo and other australopiths. It is argued that MH 1 provides clear evidence that A. sediba was uniquely related to Au. africanus and that the hypothesis of an extensive ghost lineage connecting Au. sediba to the root of the Homo clade is unwarranted.

Australopithecus sediba and the emergence of Homo: Questionable evidence from the cranium of the juvenile holotype MH 1