Objectives During the microscopic examination of the Neandertal dentitions from El Sidrón (Spain) and Hortus (France), we found unusual fine parallel microstriations on the mesial and distal sides of all tooth types, near the cervix. 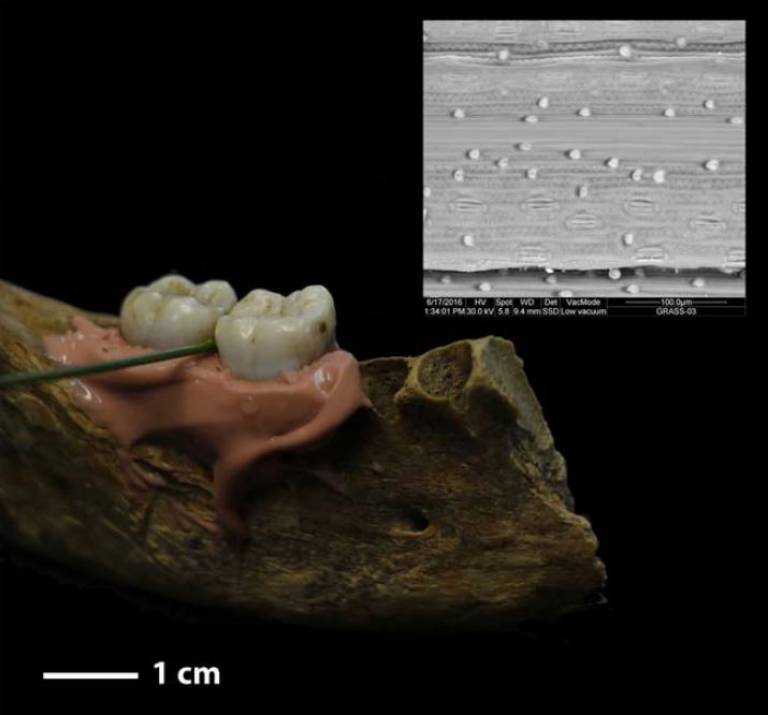 As its appearance was similar to toothpick grooves described in other Homo species, it could correspond to early stages on its formation. To test this hypothesis a team of palaeoanthropologists developed an experimental replication of a groove using grass stalks.

Comparisons between 204 isolated Neandertal teeth and the two experimental dental specimens corroborate that the marks correspond to initial stages of toothpick groove formation, and the team proposed a five-grade recording scale that summarized the groove formation process.

These differences could be due to the more advanced occlusal dental wear in Hortus individuals, maybe age-related and with a more meat-based diet maybe favoring the inclusion of food debris and thus probing as the cleaning methodology. The team's results allow the identification and characterization of incipient toothpick grooves on the human fossil record and contribute to increase our knowledge on Neandertals behavioral and oral care habits.