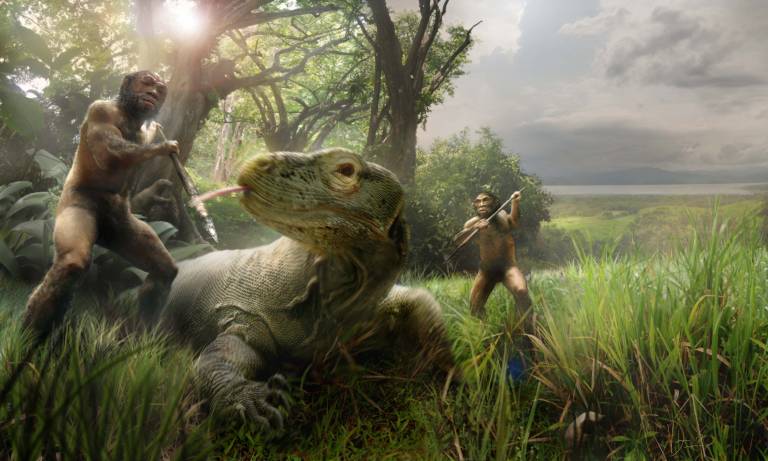 A major reason this taxon is controversial is because the H. floresiensis-bearing deposits, which include associated stone artefacts and remains of other extinct endemic fauna, were dated to between about 95 and 12 thousand calendar years (kyr) ago. These ages suggested that H. floresiensissurvived until long after modern humans reached Australia by ~50 kyr ago. Here a team of palaeoanthropologists report new stratigraphic and chronological evidence from Liang Bua that does not support the ages inferred previously for the H. floresiensis holotype (LB1), ~18 thousand calibrated radiocarbon years before present (kyr cal. BP), or the time of last appearance of this species (about 17 or 13-11 kyr cal. BP). Instead, the skeletal remains of H. floresiensis and the deposits containing them are dated to between about 100 and 60 kyr ago, whereas stone artefacts attributable to this species range from about 190 to 50 kyr in age. Whether H. floresiensis survived after 50 kyr ago-potentially encountering modern humans on Flores or other hominins dispersing through southeast Asia, such as Denisovans-is an open question.