My research on the martyrs of Najran, the 6th century CE conflict in remote southern Arabia that drew in the great powers of Byzantium and Persia as well as the conqueror Abyssinia/Ethiopia, stems from my wider interest in the ancient Near East and specifically the religions of that region. Uniquely for the times, this conflict was described as a religiously motivated one, a premeditated attack by a Jewish ruler who demanded the renunciation of faith from his Christian subjects. The reality was far more complex however, and neither the Jewish identity of the king nor the Christian affiliation of the Najranites should be taken for granted.

For too long, scholars have started their research into this conflict by evaluating each existing literary record in toto, either accepting or rejecting it based on conventional historical analysis. My own approach will be in employing a new method that seeks to put the record of these events through a more objective set of analytical tools. I am utilising textual criticism as a first step towards establishing the most ancient report of these events. This will be followed by other forms of analysis in order to detect the various later additions that built up around the original testimonies. Strikingly, some of these later adjoining accounts will turn out to be very worthy of admission as historical evidence. The majority of the later detectable layers will however, naturally, be unreliable. I will utilise redaction criticism, form criticism and source criticism in my quest for establishing the authentic and historical texts.

I'm always pleased to hear from other researchers interested in my research or who would otherwise like to draw my attention to other parallels. It's always a delight to hear that someone has taken an interest in my work, so do get in touch. 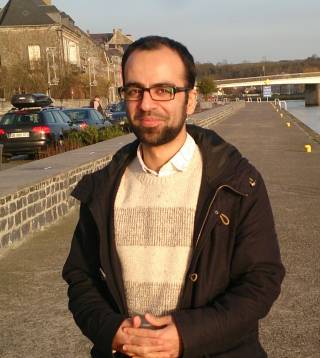