Between the Civil War and the end of the nineteenth century, the Presbyterian Board of Home Missions transformed from a modest denominational body to a continental missionary corporation whose influence extended from the mansions of millionaires in Manhattan to schoolhouses in Santa Fe, New Mexico and Sitka, Alaska. The Board, its home missionaries and supporters had raised millions of dollars for their cause and extended their institutional reach throughout the nation. Utilising all the powers of the pulpit, the pen, persuasion and patronage, this home missionary society sought to make their Christian gospel the pervading influence in the life of the nation and in the hearts of its citizenry.

Andrew’s thesis asks three questions: how did the Presbyterian Board of Home Missions pursue its evangelical mission; what kind of relationship did this missionary society have with the state and the capitalist transformations of Gilded Age America; and what can their successes and failures tell us about American evangelical activism? He demonstrates the broad web of relationships and dependencies that were pivotal to the operations of home missionary societies, particularly their relationship with Federal government agencies and officials, and with elite supporters and Presbyterian congregations at ‘home’. By tugging at the threads of this connecting web, the history of one denominational home missionary society unfolds to reveal broader historical insights about the state, non-governmental and voluntary organisations, philanthropy and faith in late-nineteenth century America. 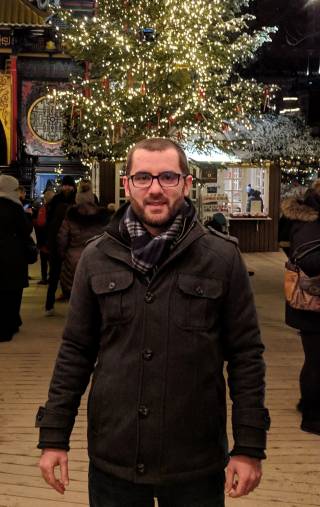 Communications Officer for History Lab at the Institute of Historical Research