Valentina Arena is Reader in Roman History. Her work focuses mainly on the history of ancient ideas and ancient political thought as well as the wider intellectual landscape of the Roman Republic, with a particular interest in the fields of Roman oratory and antiquarianism. In her work on Roman liberty, she has investigated ancient theories of liberty and how they relate to their intellectual and political contexts as well as their potential contributions to contemporary political debates. She is also interested in antiquarianism, with a particular focus on Varro, ancient philosophy of language, and Roman constitutionalism. She has been a member of several international research projects covering a wide range of subjects, such as, for example, popular sovereignty, cultures of voting and voting practices, and Roman trials. Most recently, Valentina has been awarded funding from the European Research Council (ERC) for her project "Ordering, Constructing, Empowering: Fragments of the Roman Republican Antiquarians"; the project begun in November 2020 and will run for five years. Another project that Valentina is currently involved in is the three-volume Cambridge History of Democracy for which she co-edits the ancient volume.

In the past, Valentina also worked at the British Museum Department of Coins and Medals, with which she maintains close links.

Recently completed: Edwin Shaw on Sallust, 2015; Lee Moore on Censorship, 2016; Elizabeth McKnight on the Rule of Law, 2018; Francesco Strocchi on Caesar and the so-called continuators, 2020.

For a full list of publications, see Valentina's Iris profile.

Often consulted by TV and print media outlets, Valentina has contributed to BBC History Magazine and has recently appeared on BBC Radio 4's In Our Time, discussing Cicero (January 2018). 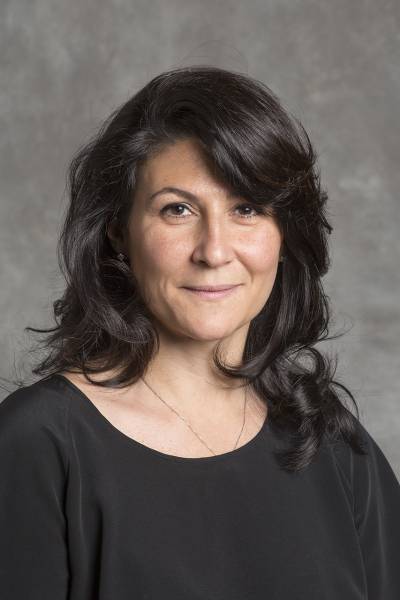