Coşkun Tunçer joined the department as Lecturer in September 2013 and is now Associate Professor in Economic History. He received his PhD from the London School of Economics in 2011, after completing his BA, MSc and MPhil degrees in Turkey and Greece. Prior to joining UCL, he taught and worked as a researcher at the London School of Economics and the European University Institute.

His research focuses on the history of financial markets, the evolution of international financial and monetary institutions, and long-term economic change in the Middle East and Southeastern Europe. Coşkun is currently working on two major funded projects investigating the relationship between political regime types and sovereign risk in the developing countries of the world economy before 1914, and urban wealthy inequality and house prices in the Ottoman Empire from 1600-1914.  His other recent research projects on the economic history of the Middle East investigate the residential segregation in the early modern period, currency competition under the gold standard, and law and stock exchange development in the long term.

Coşkun is interested in receiving PhD proposals from prospective students on financial history since 1700, and the economic and social history of the Middle East since 1600. He particularly welcomes projects informed by social science methods and fall broadly into the themes of credit and money, economic institutions, wealth inequality, and religious segregation.

For a full list of publications, see Coskun's Iris profile. 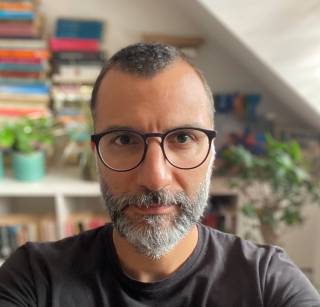