October is Black History Month, so we are talking to staff in the department whose research focusses on Black History. We spoke to Dr Tim Gibbs, Lecturer in African History at UCL. 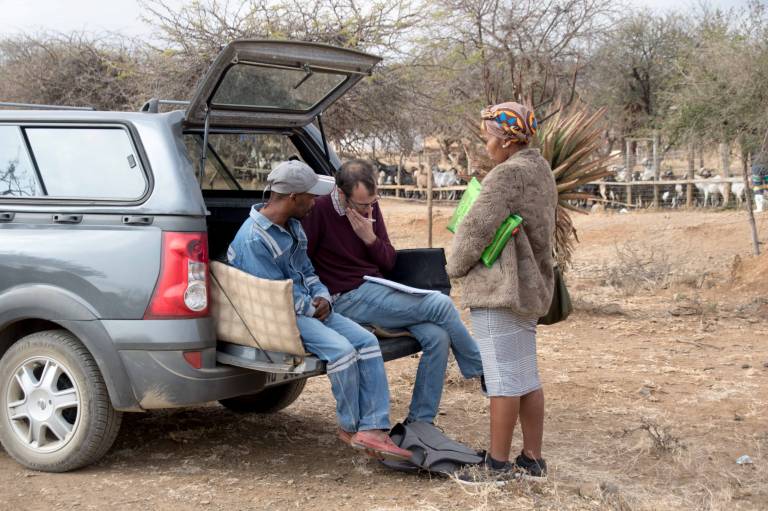 A very specific series of coincidences...

My favourite professors -- who had both started their careers at the University of Dar-es-Salaam (Tanzania) when Julius Nyerere’s African socialism was the toast of the continent -- were inspirational teachers.

Then I won a Rotary scholarship to study an MA degree, anywhere in the world, and decided to go to South Africa – probably because the anti-apartheid struggle was still very much in the news. After spending a year in Durban on the Indian Ocean seaboard, I thought I would stay there for the rest of my life. It didn’t quite work out that way; but I still get back to South Africa for 3-4 weeks each year.

Tell us a little about your research, and how it relates to Black History Month?

My first book was about the networks that forged Nelson Mandela and the Black elite in South Africa. Like many men of his generation, Mandela was both the scion of chiefly royalty and a cosmopolitan lawyer practicing in Johannesburg, at a time when there were just a dozen Black attorneys/solicitors in the whole country. Tracing these networks made for varied research: from interviews in swanky corporate offices with high-flying professionals who had done military training in the USSR , to trips deep into the countryside to attend ancestral ceremonies.

What areas of black history would you like to see more research in to?

It’s difficult to answer this question sitting in my London office. Rather, I would stress the importance of dialogue. I am affiliated to the University of Witwatersrand and regularly catch up with South African friends and colleagues. We get ideas from each other. I think we’re all trying to understand how the dreams of liberation – embodied in Nelson Mandela –failed; for South Africa remains one of the most unequal countries in the world.

Images taken from a recent research trip, as part of a Leverhulme/British Academy funded project on histories of rural development. Dr Tim Gibbs spent ten days with Mdukatshani, an NGO that works in the poorest districts of South Africa.