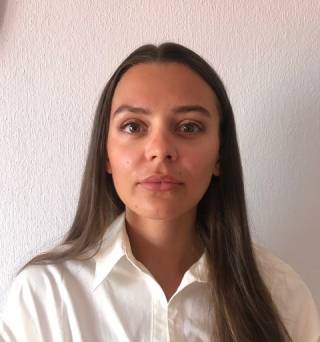 At Home Among Strangers: Jews in the Civil Service in the USSR and the US in the Early Twentieth Century

Oksana is a PhD student from Ukraine. She is originally from a small Western Ukrainian town Kolomyya (Yiddish: Kolomei), an important center of Jewish life in pre-war Galicia. Oksana received her MA in History from the Center for Jewish Studies and Kyiv-Mohyla Academy in Ukraine and was amongst the first ten students who received a specialised Jewish Studies degree in independent Ukraine.

Her doctoral project compares the nature, experience and impact of Jews in the civil service in the Soviet Union and the United States of America during the early twentieth century. She seeks to explore another side of modern Jewish history that diverges from the many studies on Jews and the nation-state. Oksana examines the connection between Jews, modern multi-nation states and state-building through the Jewish experience in the civil service. Her research seeks to foray into that generally unknown territory of representation, social modernisation, minorities and the state.

Oksana is a Fellow of the American Jewish Archives and a member of the Ukrainian Association for Jewish Studies.