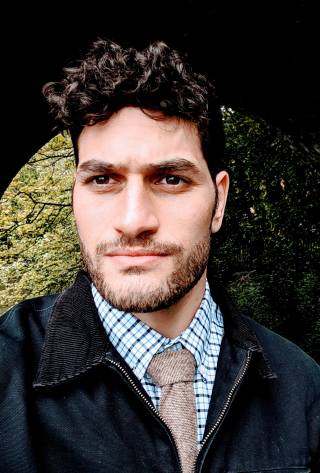 Minority Language and Mobility in Ethno-Nationalist Societies: The Case of Palestinians in Tel Aviv

What happens when an indigenous ethnic minority speaks the language of a nation that is in continuous violent conflict with the state in which they live? How would these individuals negotiate their identity across different social settings, in an ethno-nationalist one-nation-one-language society? How does trespassing between identities affect our sense of identity? These are some of the questions Nir's research addresses.
Israel’s ethno-nationalist character favours Jews over other ethnic groups. Consequently, despite comprising 21% of the Israeli population, Palestinian citizens suffer from discrimination and are socioeconomically disadvantaged compared to Jews. Thus, some Palestinians alter their speech and social behaviour, to avoid discrimination and increase their social mobility.
Languages are ideologically connected to nations. This ideological link perpetuates a power imbalance between populations in the public sphere, affecting their ability to negotiate their identity. While most Jewish Israelis do not speak Arabic, Palestinian Israelis tend to be bilingual, speaking Hebrew and Arabic. This asymmetry makes language choice emotionally and politically fraught for Palestinians.
Palestinians in Israel have a unique, complex, and even conflicting sense of identity and national belonging, and their case requires further research and critical examination. Through his project, Nir hopes to provoke further discussion and an alternative voice on the equality and integration of ethnic minorities in ethno-nationalist societies, in a way that does not erase their distinctive national identity.