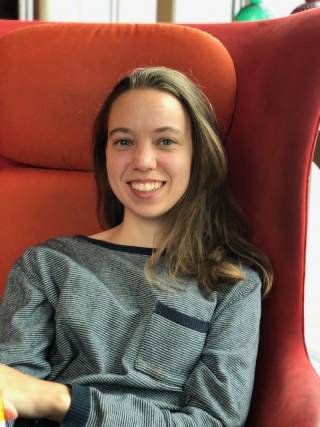 Being Queer and Jewish: a Cross-Cultural Study of Ethno-Religious Experiences and Divides

Religion and LGBTQ+ identities have often been seen as conflicting and contradictory identities. In fact, many LGBTQ+ people experience at some point that they are faced with an ultimatum: to be secular and LGBTQ+ or to be religious and repress their sexuality. This binary persists despite socio-cultural changes in both the secular public sphere and within religious institutions. Furthermore, while there has been conducted research on religious institutions’ stance on LGBTQ+ matters and heterosexual religious people’s views and attitudes, LGBTQ+ people themselves, and especially women, have received less scholarly attention. Mie is, therefore, interested in Jewish lesbian, bi, and queer women’s sexual and religious identities. She takes an interdisciplinary approach to bring together queer, feminist, and religious theories.

Building on her theoretical MRes thesis, ‘Queer Jewish Women: From Social, Cultural, and Religious Invisibility to Contemporary Identity Construction’, Mie’s doctoral research, which is funded by the ESRC, is focusing on how LBQ Jewish women in England and Israel navigate, express, explore, sustain, and negotiate their sexual and religious identities in the 21st century. This comparative cross-cultural project seeks to create a more nuanced perspective on sexual citizenship and specifically the oft-presented binary view that LGBQ+ people have to choose between being secular and LGBQ+ or religious and repress their sexuality. It also explores how sexual identities are influenced by different Jewish identities, such as Orthodox, progressive, and secular. Other themes she will explore are secularisation and post-secularisation, identity formation, psychoanalysis, homonationalism, and sexual scripts.

Mie earned her MA in Sociology (First Class Honours) and MRes in Social Science (Distinction) at the University of Aberdeen.