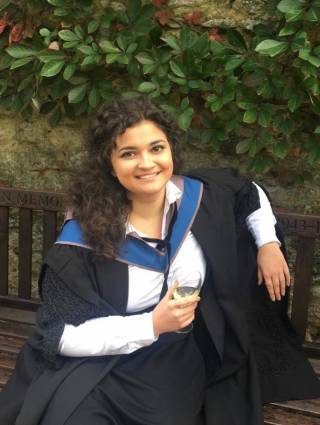 Social Dynamics within the African Diaspora in Israel

Anca is a returning student to our Department, obtaining a First in her BA in Italian and Jewish Studies  (2013-2017). She is interested in the history and politics of the State of Israel, especially after the 1967 War. Her doctoral research is focusing on immigration to Israel and on how the political decisions regarding voluntary and involuntary African migrants affect their interactions on a daily basis. To better analyse this currently unfolding issue, Anca is bringing together both elements from Jewish Studies and African Studies. Other themes she will be exploring as part of her research are racism, Zionism, conceptualisations of diaspora, as well as refugee and humanitarian international law.

Anca’s thesis is building on her research as an MSc student in Refugee and Forced Migration Studies at the University of Oxford, where she explored the normative intricacies of Operation Moses during which thousands of Ethiopian Jews were evacuated from Sudan and brought to Israel.

She is the recipient of the UCL Graduate Research Scholarship (2018-2021) and she was previously awarded the Queen Elizabeth House Scholarship at the University of Oxford (2017-2018).