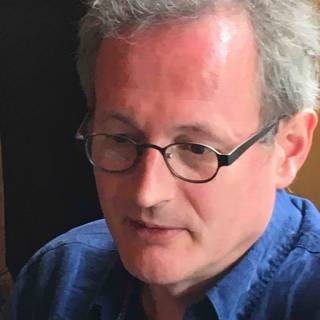 Professor of Hebrew and Aramaic Literature

Willem Smelik is Professor of Hebrew and Aramaic Literature at the department of Hebrew and Jewish Studies, UCL, and chief editor of the journal Aramaic Studies. Among others he has held fellowships from the Lady Davis foundation and the Oxford Centre for Hebrew and Jewish Studies (Oxford). He has published on Hebrew Bible, Aramaic dialects, Aramaic scriptural translations and early rabbinic literature, including Rabbis, Language and Translation in Late Antiquity (Cambridge 2013).

After completing his MA and PhD at the THUK in the Netherlands (1991, 1995, both with highest honours), Prof. Smelik held the position of chief editor for Bilingual Concordance to the Targum of the Prophets until 1999. In 1999 he moved to the department of Hebrew and Jewish Studies at UCL. In 2005/2006 he chaired the panel for Other European Languages and the Middle East for the Quality Assessment Netherlands Universities (QANU) under the authority of the Dutch–Flemish  Accreditation Organisation (NVAO). He was the co-director of the AHRC funded project entitled ‘Late Aramaic: The Literary and Linguistic Context of the Zohar’ (2004-2009).

Since July 2007 he is the President of the International Organisation for Targum Studies (IOTS), for which he was Vice-President since 2001. Further functions include memberships of the editorial board of the Journal for the Study of Judaism (JSJ) and the JSJ Supplements(Leiden: Brill); the editorial board for the Studies in the Aramaic Interpretation of Scripture (SAIS), published by Brill); the Advisory Board of Textos y Estudios Cardenal Cisneros (TECC), published by the Consejo superior de investigaciones científicas (CSIC) on behalf of the Departamento de Filología Bíblica y de Oriente Antiguo (Madrid).

Professor Smelik's research focuses primarily on Aramaic and early Rabbinic literature. He has published monographs on the Jewish Aramaic Scriptural translations and the rabbinic views on language and translation.

His current research focuses on:

A volume entitled Late Aramaic: The Literary and Linguistic Context of the Zohar, co-edited with Ada Rapoport-Albert, is scheduled for publication later this year.

A selection of the following courses is on offer each year:

In the recent past, he has also taught: