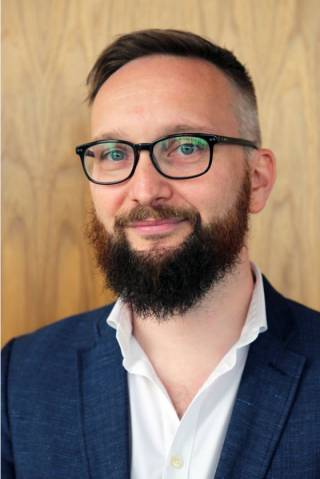 Simo Muir an Honorary Research Associate at UCL. His current research focuses on the cultural reactions to the Holocaust and post-war politics of memory among Finnish Jews. Muir has an MA in Yiddish Studies from SOAS (University of London) and he received his doctorate from the University of Helsinki in 2004. His PhD focused on the Yiddish language and culture in Helsinki from a linguistic and socio-linguistic perspective.