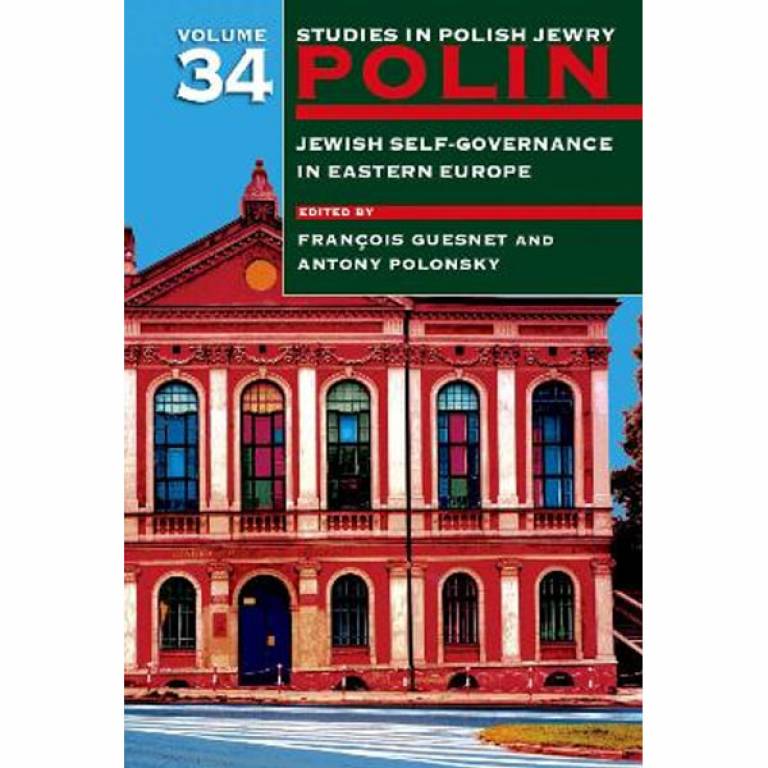 One day online conference to launch Volume 34 of Polin: Studies in Polish Jewry

A one-day online conference to launch Volume 34 of Polin: Studies in Polish Jewry

Co-organised and supported by the Embassy of the Republic of Poland in London and the Polish Cultural Institute, London

Your Zoom link to join the conference will be sent shortly before the event, through Eventbrite – please look out for it as it may go to junk mail.

Few features have shaped east European Jewish history as much as the extent and continuity of Jewish self-rule. This volume explores the traditions, scope, limitations, and evolution of Jewish self-government in the Polish lands and beyond. Extensive autonomy and complex structures of civil and religious leadership were central features of the Jewish experience in this region.

The volume probes the emergence of such structures from the late medieval period onwards, looking at the legal position of the individual community and its role as a political actor. Chapters discuss the implementation of Jewish law and the role of the regional and national Jewish councils which were a remarkable feature of supra-communal representation in the Polish–Lithuanian Commonwealth. It reflects on the interaction between Jewish legal traditions and state policies, and offers an in-depth analysis of the transformation of Jewish self-government under the impact of the partitions of Poland–Lithuania and the administrative principles of the Enlightenment. Co-operation between representatives of the Jewish and non-Jewish communities at the local level is discussed down to the interwar years, when Jewish self-government was considered both a cherished legacy of pre-partition autonomy and a threat to the modern nation state.

The conference will have four panels: an introduction to the overall volume, a reflection on the emergence of the Jewish community in Poland-Lithuania with a strong legal framework of self-governance, a panel reflecting on the different trajectories negotiating Jewish self-governance in Poland and eastern Europe in the 18th, 19th, and 20th centuries, and a personal reflection on Jewish communal institution in the transition from the 1980s to the 1990s.

Note: the Complete programme will be available soon

Panel 2: The Emergence of a Jewish Polity

Panel 4: The Jewish community in Poland from Communism to the Present