Antisemitism in the Bolshevik Revolution 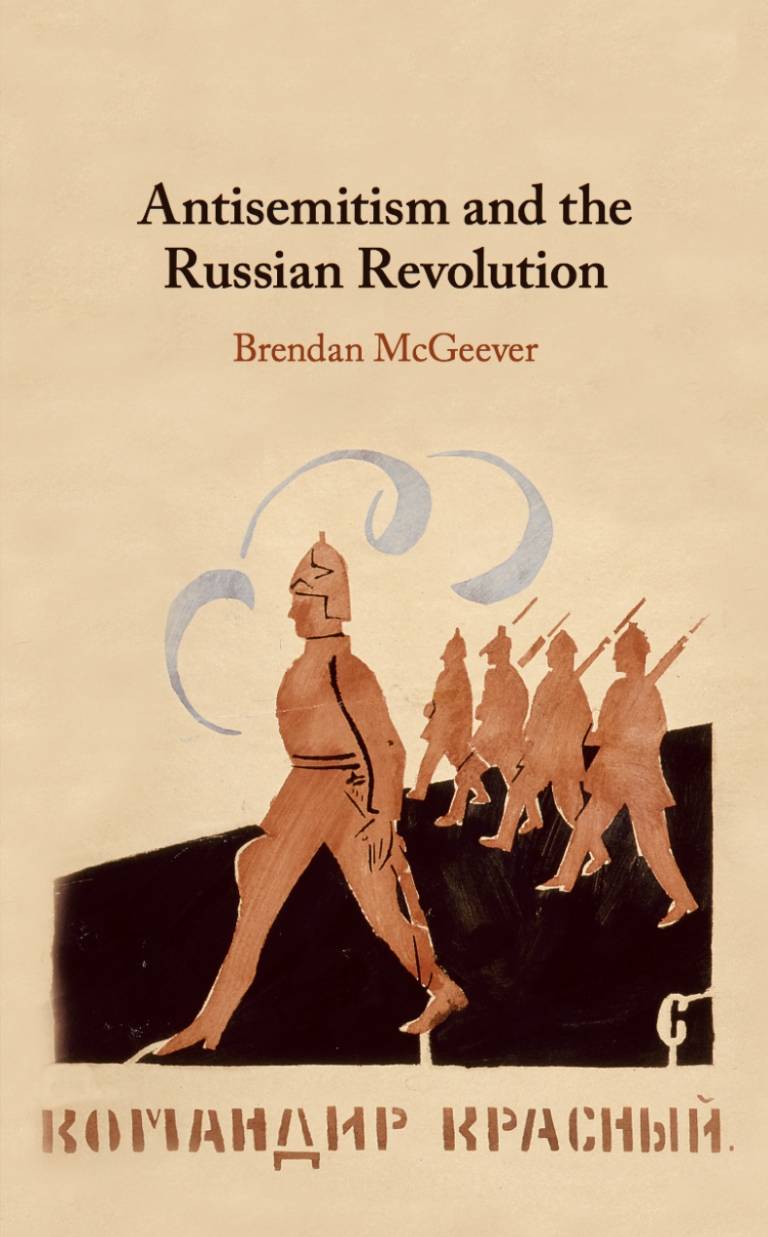 In his pioneering study Antisemitism in the Bolshevik Revolution, recently published in a paperback edition by Cambridge University Press), Brendan McGeever explores the significance of antisemitism in the tumultuous period of the Bolshevik Revolution and the Civil War, and in which ways both Jewish activists and the ruling Communist Party confronted it.

Dr Brendan McGeever is Lecturer in the Sociology of Racialization and Antisemitism at Birkbeck, University of London and a Research Associate at the Pears Institute. His book Antisemitism and the Russian Revolution (Cambridge University Press, 2019) was awarded the 2020 Reginald Zelnik Book Prize for History, and an ‘Honourable Mention’ for the W. Bruce Lincoln Prize. He is a 2019 BBC/AHRC ‘New Generation Thinker’.

Prof Elissa Bemporad holds the Ungar Chair in East European Jewish History and the Holocaust and is Professor of History at Queens College and CUNY Graduate Center. She is a two-time winner of the National Jewish Book Award. She is the author of Becoming Soviet Jews: The Bolshevik Experiment in Minsk (2013 IUP), and Legacy of Blood: Jews, Pogroms, and Ritual Murder in the Lands of the Soviets (2019 Oxford University Press). She is the co-editor of two volumes: Women and Genocide: Survivors, Victims, Perpetrators (2018 IUP); and Pogroms: A Documentary History (Oxford University Press, 2021). She is editor of Jewish Social Studies, and is currently working on a biography of Ester Frumkin.

Prof François Guesnet is Professor in Modern Jewish History in the Department of Hebrew and Jewish Studies at University College London. He is also the Chair of the Institute for Polish-Jewish Studies, and the co-chair of the editorial board of Polin: Studies in Polish Jewry. He holds a PhD in Modern History from Albert-Ludwigs-Universität, Freiburg im Breisgau, and specializes in the early modern and 19th century history of Eastern European, and more specifically, Polish Jews. He has published widely on Polish-Jewish history, and most recently contributed to the Cambridge History of Judaism, vol. VII (2018). His current areas of research include: Jewish political tradition (shtadlanut); Jewish autonomy in eastern Europe; Sir Moses Montefiore; history of antisemitism; and history of the body (Plica polonica).