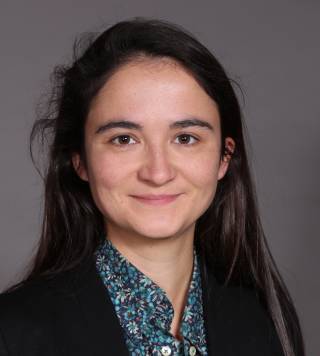 The Europeanisation of French Jews: French Jewish perceptions of Jews in Southeast Europe, 1840 to 1880

My doctoral dissertation “The Europeanisation of French Jews: French Jewish perceptions of Jews in Southeast Europe, 1840 to 1880,” which was supported by the Arts and Humanities Research Council and the Posen Foundation, focused on the Alliance Israélite Universelle’s campaign for the civil and political equality of Jews in the successor states to the Ottoman Empire.

It investigated how and why the elite of French Jewry constructed a supranational European identity in this period and argued that international advocacy not only shaped French Jewish political leaders’ perceptions of other Jews but also their own self-understanding. This dissertation examined the europeanisation of French Jews from two main angles: Europe as practice and Europe as an ideal.

My work shows that the Alliance’s limited political leverage led French Jews to cooperate with Jewish activists in other European capitals. This transnational cooperation significantly modified the arguments and strategies deployed by French Jews. Ultimately, it also created a hierarchy between centre and periphery in the European Jewish world, with activists in Western European capitals perceiving themselves as a group distinct from the Jews on whose behalf they acted. I argue that the activism of the Alliance’s founders was further determined by their political socialisation during the 1848 revolutions: this generation was embedded in a pan-European network of émigré liberals, heavily relied on the emancipatory rhetoric of the Spring of Nations, and sought to implement the ideal of Europe as a homogenous and democratic space that had motivated the wave of revolutions.

I am currently a postdoctoral fellow at the Hebrew University of Jerusalem, where I have started working on my next research project - a biography of Adolphe Crémieux (1796-1880), the most prominent French Jewish leader in the 19th century.