Postgraduate students taking the module in Human Factors for Digital Health communicated the pros and cons of sharing health and genetic data in a short video aimed at the general public. 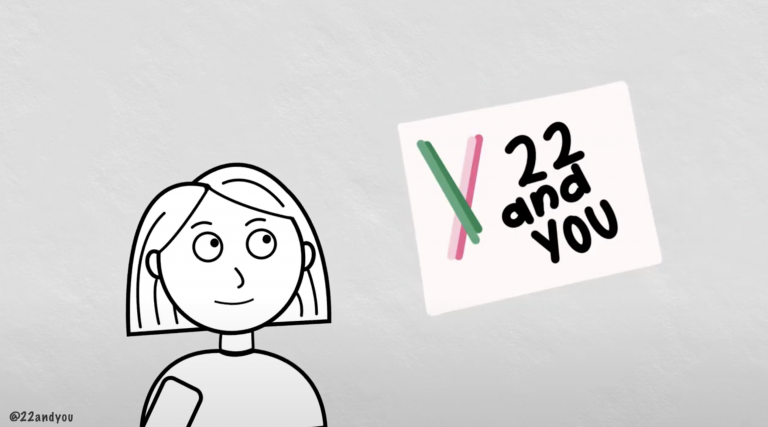 At-home DNA testing kits have soared in popularity over recent years. You’ve probably seen them advertised on the Tube or on TV, or perhaps you know someone who’s done one. They’re pitched as being a novel, exciting way to discover your genetic profile and heritage – simply spit into a tube and pop it in the post.

At up to £150 per kit these tests don’t come cheap but many people are attracted by the benefits they offer, such as an improved understanding of ancestry, their health predispositions or whether they carry genes for certain inherited conditions.

But there are also drawbacks to unlocking your genetic data – from data privacy concerns through to emotional ones. Who has access to your genetic data and how could they use it? Would you want to know you’re likely to develop a disease if there was nothing you could do to prevent it? Would you be prepared to find out about a secret sibling?

As part of their coursework, postgraduate students taking the module in Human Factors for Digital Health (offered by UCL Interaction Centre) were tasked with communicating the pros and cons of sharing health and genetic data in a short video aimed at the general public. The cohort divided in six teams and each set about crafting a unique and imaginative storyline.

To add an extra element of fun for the students, programme director Ann Blandford (Professor of Human-Computer Interaction and Deputy Director for Digital at the Institute of Healthcare Engineering) organised an external judging panel to rate the videos. The key criteria were suitability for a public audience and how engaging, informative and balanced the videos were.

One group shared a narrative based on current events and personal experience, where a young woman is scared of being discriminated against for contracting Covid-19. Another group imagined a future 200 years from now, where genetic profiling is so embedded in our society that people download each other’s data on first dates!

All teams performed spectacularly well and really impressed the judges with their creative, thought-provoking and entertaining pieces. However, there could only be one winner! “Gene Journey: 22 and You” won top video for its friendly animation style, its good sense of humour and well-balanced presentation.

Watch their video below:

The winning group included students from MSc programmes in Human-Computer Interaction and Behaviour Change: Lixia Zheng, Natasha Lakshmi Walton, Roos van Greevenbroek, Krystina Dulevich, Kejia Shen and Kezia Stewart. Their video follows a young woman named Alex who’s initially thrilled by the results of her ’22 and You’ test, but then she starts to contemplate the darker implications of sharing her genetic data…

Each team member used their skill set to contribute to the video’s production. Natasha provided the voice talent, Kezia used her Procreate drawing skills, Lixia brought the video to life through with Adobe Character Animator and Roos picked the perfect musical accompaniment. 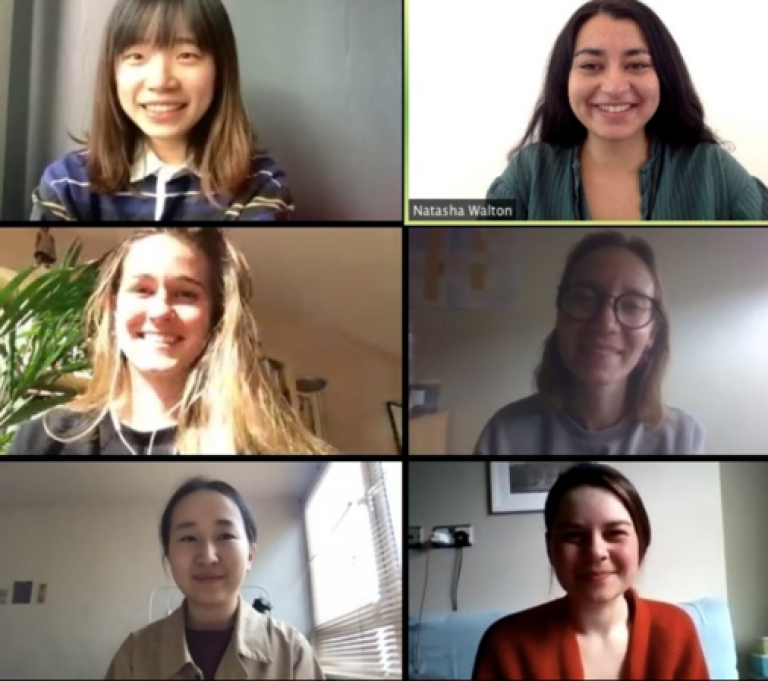 Part of the video’s success lies in the viewer’s ability to relate to Alex. Kezia explained this creative decision, “By focusing on the personal consumer decision of an identifiable character, it’s easier for the audience to see themselves as Alex. This is known as the ‘single identifiable victim (SIV) effect’ and is often used in charity appeals as it evokes a more emotional response. As we were aiming our video at mainly students visiting the UCL site, a young woman would closely represent the audience, and this has been shown to increase the emotional effect of SIV”.

Ann Blandford commented: “I selected this topic because it’s such an important one for everyone to consider – whether as designers or users of digital health technologies. We all need to consider both the benefits and risks of sharing personal data: with whom, for what purposes, and with what assurances of confidentiality and security. All six teams in the class rose brilliantly to the challenge, created compelling narratives, and delivered polished videos that they can be really proud of. Thank you to the students (for making me proud too!), to Maura Bellio (teaching assistant), to the course moderator, and to the judges for their great feedback to all the students"

Congratulations to the winning team and thank you to the team for letting us share their project. All the teams deserve extra commendation for finalising their video project during the early throes of the coronavirus pandemic and the subsequent closure of UCL’s campus.