Making the Internet a better place for everyone. When was the last time you used Wikipedia? Probably fairly recently, if you go by the statistics. In an average month, the crowdsourced digital encyclopaedia is read on 1.6 billion devices.

In concept, Wikipedia democratises access to information. As long as you have an internet connection, anyone can read for free – and anyone can contribute, regardless of age, culture and background. In practice, however, Wikipedia can replicate the biases of its authors.

We all have an unconscious tendency to gravitate towards people similar to ourselves. The majority of English-language Wikipedia contributors are white North American men and this is reflected in the content they deem important – as of October 2019, only 18% of biographies on Wikipedia were about women. Articles about people of colour are also woefully insufficient.

Why exactly does this matter?

You don't need to look far on the internet to see many people believe white men are just more interested in Wikipedia/better writers/more noteworthy/biologically superior/[insert other nonsense here].

Wikipedia mirrors society and women encounter the same gender biases online as they do offline. According to Sue Gardner, Wikimedia Foundation’s former executive director, many women are put off editing by what can be a ‘fighty’, competitive and misogynistic atmosphere. And so, the cycle of underrepresentation persists.

In a world where an internet search for ‘scientists’ returns results like this, it’s not surprising that many little girls and children of colour think science is not for them.

Luckily, people are working to change this…

One week ago today, we were initiated into the world of Wikipedia editing by Wiki-experts, Dr Jess Wade and Dr Alice White.

Alice is an expert Wikipedian and Digital Editor at the Wellcome Collection. She regularly hosts wiki-thons across the country where she encourages participants to learn better referencing, content-creation and reliability of sources.

Jess is a physicist at Imperial College. After being disappointed by the number of female scientists on Wikipedia, Jess set out on a mission to change this. She has now created over 700 new articles, focussing on closing the encyclopaedia’s gender and race gap.

A Wikipedia edit-a-thon or wiki-thon is a gathering of editors who work to improve a particular topic or type of content. Our beginner-friendly ‘Diversity Wiki-thon’ was aimed at creating and improving pages from deserving scientists and engineers who are women or from other underrepresented groups. 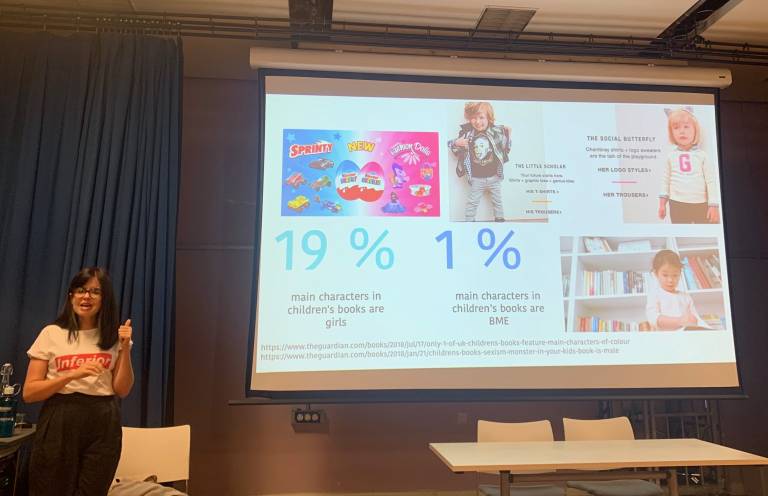 Jess presenting about how gender bias affects us online and offline

Alice taught us how edit and create our own Wikipedia articles - covering everything from article tags to good Wikipedia etiquette. Then, armed with just our laptops and a WiFi connection, we were off on our editing spree. 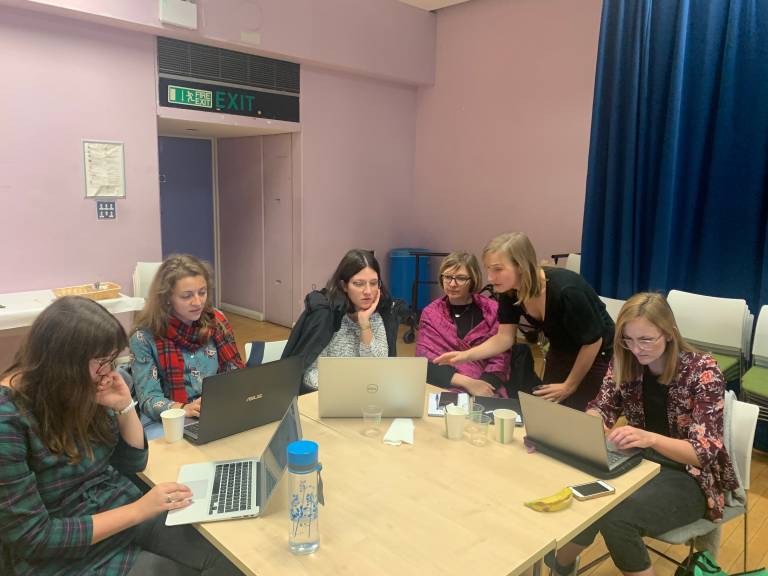 Over just three hours, we made enormous progress. Our 25 editors created 9 new articles and improved 28 existing pages. We also added 173 references, which help improve the reliability of Wikipedia.

Our statistics as of 9 October

Most of us were Wikipedia newbies and we were surprised by how addictive we found the process! It was very satisfying to see the output of our efforts and know we contributed to making Wikipedia a better place.

Check out our event dashboard where you can see up-to-date statistics about wiki-thon articles and edits.