UK wide just one in ten engineers are women, the lowest rate in Europe. We want to change this. 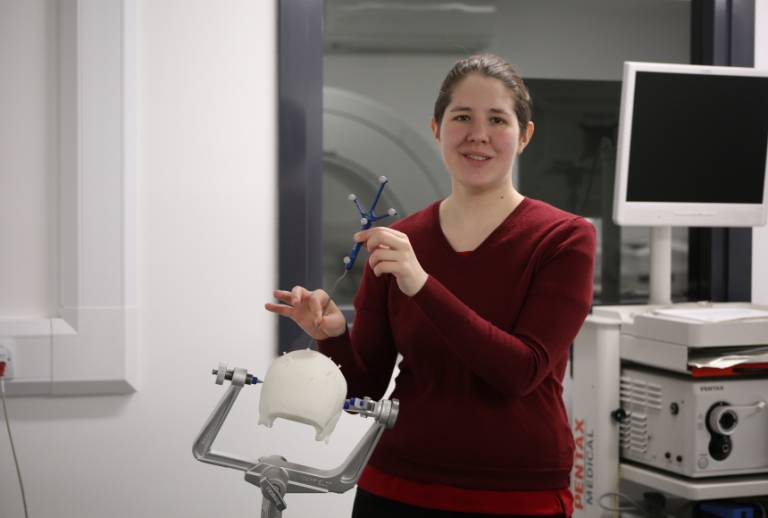 Epilepsy affects around 600,000 people in the UK and in one-third of individuals drug therapy does not control seizures. For those people, surgical intervention is a treatment option, removing the area of the brain causing the seizures. The EpiNav technology that Rachel is developing is working to increase the effectiveness and safety of these procedures, which further helps increase the number of people for which surgery is a treatment option.

The software generates 3D maps of patient’s brain structures which can then be used to plan for surgery and assist neurosurgeons in navigating the brain, like a kind of ‘3–dimensional satnav’. By combining a variety of the latest imaging methods, the software is able to visualise the entire brain and can quickly and safely plan precise routes for the electrodes, with trajectories that avoid blood vessels and critical brain areas.

Is there a particular woman in the STEM field that has inspired you?

Grace Hopper, the creator of the first compiler language (A-0 system), is a particular inspiration to me. All of the work I do in software development in C++ (a modern compile language) ultimately derives from her work creating tools to allow programmers to write code using English-based logic. Prior to her contributions to computer science, code writing using machine language, a complex series of bit manipulations to perform operations. She did this in the mid 1950’s well before the computer revolution and initially the top experts in the field thought making computers understand an English-based logical system was impossible.

What is the most valuable lesson you’ve learnt during your career so far?

I know it is a cliché but believe in yourself and never give up. More specifically in science you will try many things that will not work. You have to use your failures to understand the problem better, refine your methods, and try again. The confidence to keep trying even when you fail repeatedly is very important to be successful as a scientist. 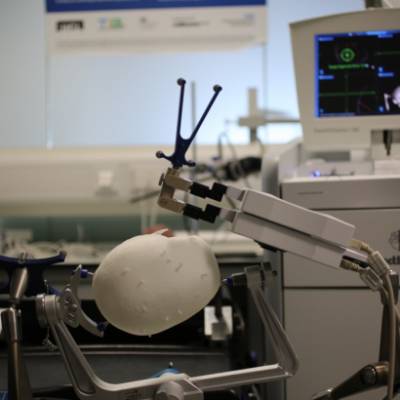 What is the patient impact of your research?

The main impact of my research is to make neurosurgery safer for patients by allowing surgeons to better avoid blood vessels and other critical structures in the brain during surgery (see photo right for demonstration of EpiNav technology).

What work is there still left to do to address the gender balance in the field?

I think some of the biggest challenges for women in healthcare engineering are that women are still not taken as seriously as their male counterparts in all STEM fields (male editors are more likely to pick men to review papers, first author publications by women are more likely to be rejected, and students rate female professors lower than male professors). First, we need to teach everyone in the field about the known discrepancies, a recent article showed men are more likely to discount research on the gender gap. Second, we need to create systems to blind review and hiring processes to reduce the influence gender has. Third, where processes cannot be blinded we need to create explicit rules to balance gender representation, for instance requiring editors to pick at least one female reviewer for papers or creating rules for gender balance when shortlisting for positions. Finally, I think male academics need to be explicitly included in the solutions to overcoming gender balance as without buy in from the entire academic community lasting change cannot occur.