Congratulatory messages from the Dean

Welcome to the UCL Medical Sciences virtual graduation website. Huge congratulations from everyone in the faculty!

Please check out our virtual yearbook on Padlet, where we would love you to add messages for friends, classmates and lecturers.

We wish you all the best for the future!

Whether you want to say farewell, recount your fondest memories, or simply congratulate your fellow graduates, leave a message on the interactive UCL Medical Sciences Virtual Graduation 2021 wall. 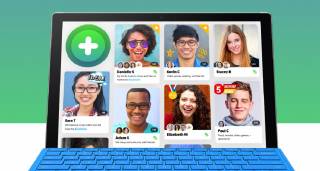 Advice from our Alumni 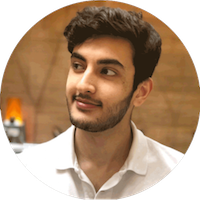 “A big congratulations to the class of 2021! You have made it, in a time that has tested us all. If the years following my graduation has taught me anything, it is to persevere. There will be that goal that seems so distant and so removed but don’t stop trying to reach it, try and try again.. and again because if it is something you really want, all the effort getting there will be worth it in the end."
Amar Bhogal, Class of 2017 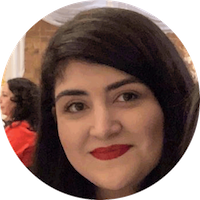 "My best advice to new graduates is that it's okay not to have the next chapter all figured out and to not be sure about what comes next. Throughout my degree and in my professional life, I’ve learnt that hard work, determination and resilience will never go unrewarded and unnoticed.
The final and most important thing I’ve learnt is to take ownership of your successes whether they’re in your professional or personal life. There’s nothing wrong with recognising your own achievements and taking pride in your work!"
Aleena Aris, Class of 2019 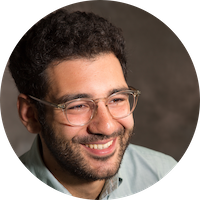 "The AMS degree structure, which has exposed you to vast and complex medico-scientific concepts has trained you to be versatile. Use this skill to hunt opportunities knowing that you have no boundaries."
Dara Vakili, Applied Medical Sciences, Class of 2017

We would love to hear about the destinations and opportunities our graduates have gone on to, or what you enjoyed most about studying with us.

Help us share your stories with prospective students considering studying with us.

Submit your profile via SurveyMonkey 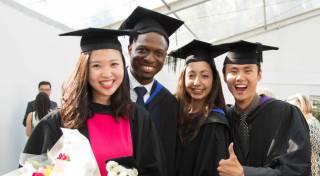 As a UCL graduate, you are in good company. Did you know that UCL has been home to 29 Nobel Prize winners? Here are just some of the great thinkers, whose life-changing work has happened at UCL.

2013: Professor Peter Higgs – origin of mass of subatomic particles
Peter Higgs and François Englert win the Nobel Prize in Physics “for the theoretical discovery of a mechanism that contributes to our understanding of the origin of mass of subatomic particles, and which recently was confirmed through the discovery of the predicted fundamental particle, by the ATLAS and CMS experiments at CERN’s Large Hadron Collider”. Higgs studied at UCL before going on to become a lecturer in mathematics.

1939: Professor Corneille Jean Francois Heymans – sinus and aortic mechanisms in respiration
Corneille Jean Francois Heymans is awarded the Nobel Prize in Physiology or Medicine "for the discovery of the role played by the sinus and aortic mechanisms in the regulation of respiration". Heymans worked in Ernest Starling’s laboratory at UCL.

1922: Professor Archibald Vivian Hill – production of heat in the muscle
Archibald Vivian Hill won the Nobel Prize in 1922 (not receiving the prize until the following year, however) "for his discovery relating to the production of heat in the muscle". The Nobel Prize in Physiology or Medicine was divided equally between himself and German scientist Otto Fritz Meyerhof. 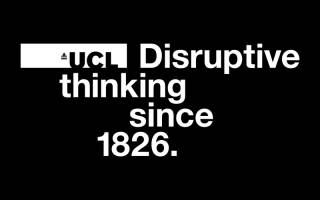