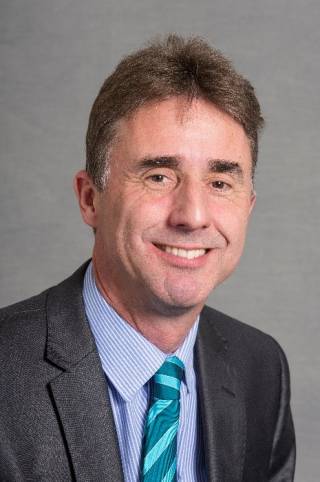 His interest in health-related applications of science and engineering was formed through a childhood spent tinkering with electronics and growing up with an elder brother who has cerebral palsy. This interest was further focused as an undergraduate when he became critically ill with meningococcal septicaemia, meningitis and associated cardiac and neurological complications.

In 2014 Dr Fry was one of the 20 founding members of the UCL Staff Disability Forum launching the enable@ucl network in 2015 to exchange ideas and raise awareness of disability equality.

Dr Fry has been a member of UCL's Academic Board (AB) since October 2010 and has served on many of AB's working groups and committees including those reporting on UCL's Statute 18, Discretionary Accounts, Academic Promotions and UCL's Charter and Statutes. He was elected by AB to serve as a member of UCL Council from 2013-2016 and re-elected to serve a second term from 2016-2019. He has been Vice-Chair of the Governance Committee of Academic Board (GCAB) and also a member of Academic Board's Commission of Inquiry (COI) which has produced constructive recommendations relating to academic governance at UCL which were approved by AB in July 2020.