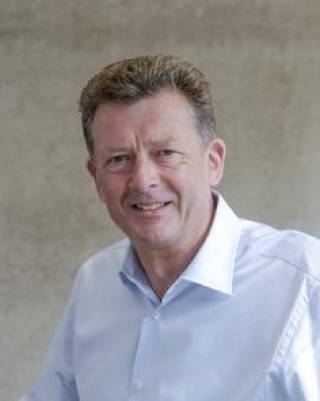 Andrew Gould is a leading figure in the real estate and built environment sector. He was awarded his PhD in economic geography at St John’s College Cambridge and afterwards helped launch Segal Quince & Partners, the Cambridge-based economic and management consultancy. He has a Corporate Finance Diploma from London Business School. His career has blended client advice and strategy in real estate and urban development with executive business leadership at a high level. He advised on many of the major development and regeneration projects in London and other European cities. He is now a principal in Genr8 Developments, a leading urban regeneration investment and development company, delivering sustainable urban renewal projects in UK cities. He was formerly UK Chief Executive of Jones Lang LaSalle, where he led the successful merger with King Sturge, one of the largest ever mergers in the sector.

He is a Fellow of Hughes Hall, Cambridge; and a member of the Cambridge Land Economy Advisory Board. He Chairs the Investor & Developer Group of the London-Cambridge-Stansted Corridor initiative – a Government-backed partnership to accelerate economic growth in the region.