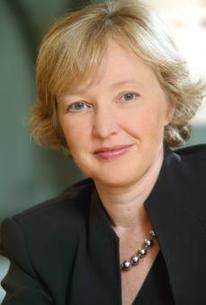 Baroness Valentine’s career spans the city, industry, campaigning and regeneration. In addition to her membership of UCL Council, she is Chair of Heathrow Southern Railway, a Board member of Value and Indexed Property Income Trust, and a part-time executive director of Business in the Community.

Jo Valentine previously ran London First for many years. She joined the organisation in 1997 as Managing Director, becoming Chief Executive in 2003. Her role centred on representing to national and local government the most pressing issues affecting London’s leading businesses.

Prior to London First, Jo Valentine worked in corporate finance and planning at Barings and BOC Group. She established and ran ‘The Blackburn Partnership’, a public-private regeneration partnership, in 1988. She was a National Lottery Commissioner from 2000 to 2005.

She became a Crossbench Peer in October 2005 and mainly contributes to debates on economic and competitiveness issues. Her recent non-executive roles include Board Member of Crossrail and HS2, and Non-Executive Director of Peabody. She is an Honorary Fellow of St Hugh’s College Oxford and of Birkbeck College and holds honorary degrees from the University of London and Roehampton.