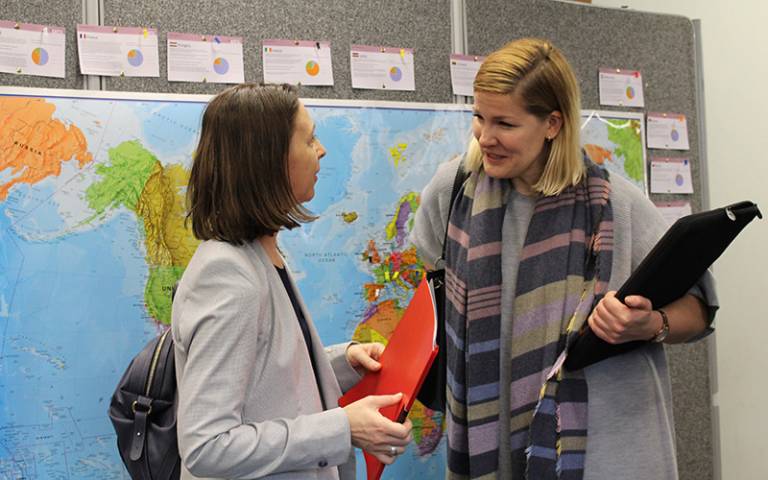 Scientific attachés from 15 European embassies in London attended a working lunch at UCL on 14 February 2018 to discuss science, research and higher education policy in Europe.

A number of UCL academics with expertise in EU law, EU institutions and higher education and research policy, as well as senior management staff specialising in the area, joined the event to offer their take on various aspects of the key policy debates.

UCL’s President and Provost Professor Michael Arthur was there to welcome the members of the London Diplomatic Science Club and host the group’s discussion.

She said: “The event built on our close links with London’s diplomatic community and gave us an excellent opportunity to discuss future scientific and research collaboration in Europe.”

The occasion allowed diplomats to gauge how one of the UK’s leading universities assesses future European higher education and research policy.

In turn, it gave UCL the chance to address concerns, queries and priorities – as they arise for science and research with Brexit – from the perspective of other EU member states.

The event was organised by the Global Engagement Office with generous support from the Grand Challenges office.