UCL and Université PSL (Paris Sciences & Lettres) have strengthened their partnership with the launch of a joint funding scheme to support collaborative activity between arts, humanities and social sciences researchers based at the two institutions.

The funding will offer up to £10,000 a year over three years to three collaborative research groups, including doctoral students, focusing on a set of broad and interlinked research priorities of particular relevance to contemporary British and French society.

Prior to his appointment, Professor Fuchs was the head of the CNRS (Centre National de la Recherche Scientifique), the largest fundamental science agency in Europe.

Some of the key proposed areas academics will explore are:

This funding builds on UCL and PSL’s already strong partnership, with high-profile collaborations including a Dual Masters in Brain and Mind Sciences run in conjunction with the École normale supérieure as well as the Université Pierre and Marie Curie.

UCL scientists regularly co-publish with colleagues from across PSL and the two universities have shared a Memorandum of Understanding since November 2012. 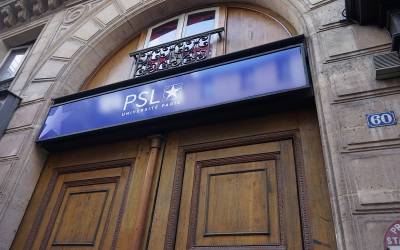 Université PSL offers an ideal environment for the development of academic excellence, creation and innovation: 4,500 researchers, 181 laboratories, 17,000 students and a dozen of incubators, fab-labs and co-working spaces for students and entrepreneurs in the heart of Paris. Arts, sciences and engineering are at the core of its intellectual and scientific ambition.

As a global selective university, rooted in interdisciplinarity and committed to promoting talents and defending equal opportunity, PSL creates the world of tomorrow. In 2017, it was named the top university in France in the Times Higher Education Rankings.

Of the new funding stream, Professor Fuchs said:  “At a time of great change in the geopolitical arena, PSL is proud to initiate this funding scheme with UCL. It opens a new, dynamic chapter in our partnership and provides impetus to creating essential cross-Channel dialogue in these areas.”

Professor Arthur added: “We’re delighted to launch this new stream of funding, which strengthens our commitment to partnering with PSL. We hope this initiative will support even more UCL academics to collaborate with their PSL counterparts in addressing these important global challenges.”

The new research groups will be hosted by UCL’s Institute of Advanced Studies and the scheme will be supported by the Global Engagement Office.