Intervention to reduce unnecessary antibiotic use in children in Zhejiang Province, China 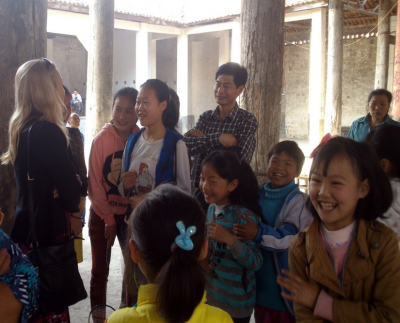 Antibiotic resistance (ABR) has been identified as one of the greatest threats to global population health this century, as well as a major contributor to rising healthcare costs worldwide. The primary cause of ABR is antibiotic misuse, especially the routine inappropriate use of antibiotics for self-limiting illnesses. Therefore, reducing antibiotic misuse has become an urgent priority, especially in low and middle income counties (LMIC) where systems to regulate antibiotic use are weak or non-existent .

China has very high rates of ABR in both hospital and community-acquired infections, following decades of high utilisation of antibiotics. The very large and mobile population also increases the risk of spread of resistance.  Around two-thirds of in-patients and 50-60% of out-patients are prescribed antibiotics.  As elsewhere, the reasons for overprescribing of antibiotics in China are multifactorial, and therefore demand a multi-facetted response.

The overall aim of the project is to pilot an intervention to reduce inappropriate antibiotic use in children in three townships in Jiangshan County, Zhejiang Province through a controlled community intervention. The methods comprise development of guidelines for management of common self-limiting childhood, training of doctors in the use of the guidelines, institution of a routine surveillance system for antibiotic prescribing of all clinicians, with adherence to prescribing guidelines contributing to performance-related pay, and a community-based health education programme to raise awareness about ABR.

Mid-term evaluation has shown that the project has succeeded in reducing antibiotic prescribing in intervention townships from 59% to 36%. This small project also brought about improvements in management practices, clinician training, use of information systems, prescribing patterns (beyond just antibiotics), hospital and doctors' accountability, doctor-patient communication, and perceived overall quality of care.

Other research from IGH on Child Health, Quality of Care and Infectious Diseases

Funding: China - US Medical Board