Environmental lawyer Farhana Yamin speaks about the green activist imperative as we enter a crucial decade for climate action.

As crucial climate negotiations are postponed to 2021, many wonder whether the world can wait. Echoing calls by the International Panel on Climate Change, our guest today, Farhana Yamin is clear that “we need to stop talking about climate change as a future problem, we really only have a short space of time to start making fundamental changes. The time for action really is now.” Farhana is an internationally recognized environmental lawyer, climate change policy expert and justice activist. She joined us at UCL between 2013 and 2018 as a Visiting Professor at UCL. During this time, she also set up Track 0, an organisation which promotes strategic coalition-building to pressure governments to act. Closer to home, in fact in our very own post code, she is also coordinator of the Camden Council’s Think and Do Community Climate and Eco Action pop up. 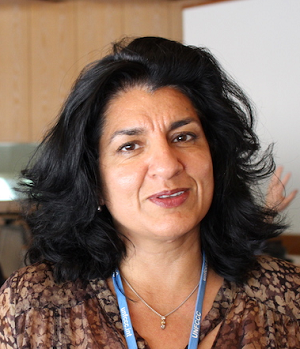 She brings with her a wealth of experience, from serving as an author for the Intergovernmental Panel on Climate Change to advising the European Commission on how to design the European emissions trading directive, and, in more recent years, negotiating at the UN on behalf of the Marshall Islands, where she has also been a lead proponent of the net zero emissions by 2050 goal in the Paris Agreement. Farhana joined Extinction Rebellion in November 2018 and has taken an active role in non-violent direct action, including gluing herself to Shell’s London offices last year. In this wide-ranging conversation, Farhana reflects on her journey to green radicalism and why she believes that more radical action is now required to deliver on the Paris Agreement.

Jordan Hall explores the inadequacies of having had, since the dawn of civilisation, one fundamental toolkit to respond to problems larger than human scale.