What are the short- and long-term implications of the pandemic for global efforts to halt biodiversity loss? 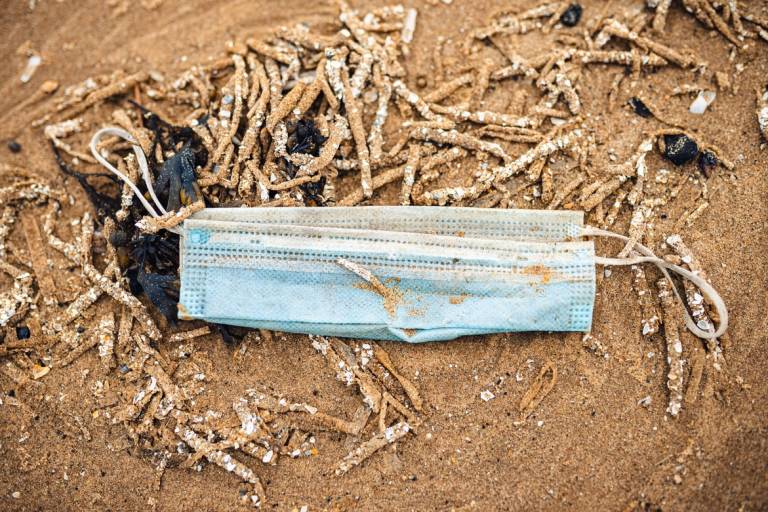 During the early lockdowns of 2020, nature appeared to be on the rebound. With humans largely confined to their homes, wildlife was able to roam more freely, reclaiming some lost habitats and benefiting from significant reductions in traffic and ambient noise. However, not all species have profited from the ‘anthropause’ and, for those that did, it may have been merely a short respite.

While the temporary absence of humans provided relief to some ecosystems, it did not fundamentally disrupt the main underlying drivers of biodiversity loss: (1) changes in land and sea use due to agricultural expansion, deforestation and other pressures, (2) direct exploitation of natural resources, (3) climate change, (4) pollution and (5) the invasion of alien species. In fact, the pandemic may have accelerated some of these processes, while reducing our collective capacity to respond.

Deforestation of the Amazon rain forest continued at unprecedented scale throughout 2020, with devastating consequences for its unique ecosystems and the global climate. While air pollution saw marked drops during early lockdowns, plastic pollution increased dramatically due to the widespread use of personal protective gear, changing consumer behaviour and disruptions to recycling and waste management systems. COVID-19 forced many countries to scale down the monitoring of environmental and wildlife crime, encouraging poaching and illegal resource extraction. Although less illegal wildlife goods, such as ivory, rhino horn or pangolin scales, crossed borders during 2020, environmental activists warn that traffickers may have been stockpiling huge quantities of products in anticipation of international travel picking up again. Lockdowns also allowed some invasive species to thrive. In New Zealand, for example, rats and other introduced species profited from the interruption of pest control measures, putting native wildlife as well as public health at risk.

COVID-19 has also disrupted the work of researchers, conservationists and environmental activists. Pandemic lockdowns presented a unique, if unintended, ‘experiment’ to study the ecological impact of human activity. Yet with university labs closed and field sites inaccessible, many research activities had to be put on hold, meaning that much of what we learned is still based on anecdotal observations. Even more worryingly, the disruptions caused by the pandemic have put environment and land defenders at increased risk. According to data collected by Global Witness, 227 people were killed in 2020 while trying to protect their land and local ecosystems, making it the deadliest year for environmental defenders ever recorded.

The pandemic could have even more devastating consequences for biodiversity protection in the long run. With national budgets under enormous constraints and priorities shifting towards speeding up economic recoveries, there is a risk that public funding for biodiversity could decrease. The collapse of other sources of funding has already put many conservation projects at risk, in particular in Africa, where wildlife tourism is a major source of income. Long-term economic stagnation also threatens poverty reduction efforts in low-income countries, possibly forcing communities to rely increasingly on the exploitation of natural resources for survival. Finally, countries could use the pandemic to side-line, relax or even scrap environmental legislation and there are signs that this is already happening in some parts of the world. For example, a controversial 'job creation' bill in Indonesia significantly waters down legal restrictions aimed at protecting the country’s primary forest cover.

However, not all is doom and gloom. While the overall ecological impact of lockdowns and other pandemic policies has been mixed, COVID-19 has helped put the spotlight on the importance of biodiversity protection. With sufficient political will and leadership, this experience could be used to build momentum for more and bolder action to safeguard the planet’s – and our – life support systems. Greater awareness of the zoonotic risk from wildlife exploitation has already resulted in some concrete policy changes, including new regulations aimed at curbing wildlife trade and consumption in countries such as China and Vietnam.

Elsewhere, holistic biodiversity protection has been recognised as a core ingredient to a successful ‘green recovery’ from COVID-19. The EU, for example, has put forward a new biodiversity strategy as part of its Green Deal which proposes to introduce new targets on conservation and land-use planning, including a commitment to ensure that at least 30% of Europe's lands and seas are protected areas by 2030. This ‘30 by 30’ target has also been embraced by other countries, including Britain and the United States, and it is being promoted on the global level by the High Ambition Coalition for People and Nature, an intergovernmental initiative that brings together over 70 countries. Growing political interest in biodiversity conservation is fuelled by the recognition that our economies are deeply dependent on nature and that the proper protection and management of biodiverse ecosystems can help address other societal challenges, including climate change.

The upcoming UN Biodiversity Summit (COP-15) in Kunming, China, will be important to ensure that the legacy impact of the pandemic on nature is positive. The summit, delayed several times due to COVID-19, is now scheduled to take place in two parts: a virtual opening in mid-October this year, followed by in-person negotiations in spring 2022, which are expected to yield a new global framework for biodiversity protection. A first draft of the framework sets out 21 targets and 10 ‘milestones’ to guide action over the next ten years. Targets cover a range of key challenges, such as scaling up protected areas, slowing extinction rates, cutting pesticides, pollution and waste, controlling invasive species, promoting the sustainable use of natural resources, improving private sector accountability and implementing nature-based solutions to help mitigate and adapt to global warming. The framework also aims to mobilise additional resources to close the biodiversity financing gap, while eliminating at least USD 500 billion of environmentally harmful subsidies annually. However, targets will not be binding on state parties and much will depend on whether governments translate the framework into ambitious national targets, underpinned by concrete policies and legislation.

Successful implementation also hinges on smart policy design. As the draft global framework emphasises, effective biodiversity protection “requires integrative governance and whole-of-government approaches.” If governments are to address the main underlying drivers of biodiversity loss and halt the ongoing mass extinction of species, they will need to ‘nature proof’ policy planning across sectors and government levels while also seeking to galvanise action by other stakeholders, including businesses. Perhaps most importantly, interventions must be grounded in robust science as well as meaningfully engage local and indigenous communities. Misguided actionism, such as large-scale afforestation in inappropriate locations and without local buy-in, could end up having negative effects on local communities and ecosystems as well as the global climate. Similarly, where the establishment of new protected zones leads to the displacement or disempowerment of local communities, it is likely to create conflict and undermine conservation efforts.

The temporary slowdown of human activity during COVID-19 has not lifted the key pressures that threaten our natural environment. However, the ‘anthropause’ has highlighted the potential for repair, with some ecosystems recovering at remarkable speed. There is increasing recognition that biodiversity protection is about much more than saving iconic landscape and beloved species. It is about securing the myriad benefits we derive from healthy ecosystems, from the supply of raw materials to crop pollination, water and air purification, carbon sequestration, disease control and other contributions to our physical and mental health. There is perhaps unprecedented momentum now to push for biodiversity action that delivers for both nature and people, ensuring that our societies thrive within the limits of what the planet can support.

Biodiversity, Climate Change and Health: Towards a Shared Agenda 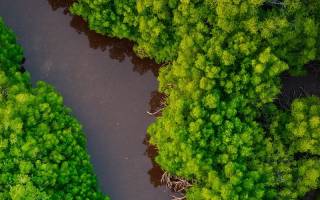 This report explores the potential for integrated governance at the interface of climate change and biodiversity and why this is key to the achievement of the UN SDGs, with a particular focus on health.