The global voluntary carbon market allows companies to invest in environmental projects in order to buy a carbon emissions reduction elsewhere in the world. Our new report by Trove Research and UCL shows that the market could be flooded with poor quality credits, resulting in a failure to meaningfully reduce carbon dioxide emissions. New rules are needed to exclude older credits from the market.

Currently, over 1,000 firms world-wide have made pledges to align their emissions with recommendations set out in the Paris Agreement – which would mean reducing their greenhouse gas emissions to zero by 2050. Many firms have pledged to go even further. For example, Microsoft has set the agenda for the technology sector with the ambitious target to go carbon negative by 2030. By 2050 they want to remove all the carbon pollution from the atmosphere that they and their supply chain have emitted since the founding of the company in 1975. Over fifteen airlines such as EasyJet, British Airways, and Emirates, have announced major carbon offset schemes. Even BP has declared that it will be carbon neutral by 2050 by eliminating or offsetting over 415 million tons of carbon emissions.

Every company and every sector of the economy needs to get to net zero emissions as quick as possible to stabilise the climate. Companies need to get their emissions down, but getting to absolute zero is hard, so any residual emissions need to be extracted from the atmosphere. Hence there is the need for a payment system to remove carbon from the atmosphere.

This increase in demand for offsets means the global voluntary carbon market is undergoing a resurgence. Carbon offset credits are used by companies to lower their carbon dioxide emissions by investing in projects around the world that reduce emissions or remove carbon dioxide from the atmosphere. Projects include wind or solar farms, protecting existing forests or planting and growing new forests. Yet, the integrity of the carbon offsetting concept relies wholly on the environmental additionality of the credits – specifically that money paid for the offsets is used to reduce emissions or capture carbon dioxide from the atmosphere that would not have happened otherwise. Our report found some worrying problems with a significant reserve supply of old poor quality carbon credits.

The report by Trove Research projects that the carbon offsets market could be worth between $90-480 billion by 2050 – this is at least a 200-fold increase on the $0.4bn spent in 2020. But this expansion could be held back because at the moment 600 to 700 million tonnes of old carbon credits could be claimed in the carbon offset market - seven to eight times the current annual demand - which would swamp the market, making real carbon reductions less likely. This could be even worse if the old carbon credits from the previous decade in the UN Clean Development Mechanism are allowed. This would produce a total additional volume of nearly 7,000 million tonnes of carbon dioxide representing 80 times current annual demand. If allowed into the voluntary market these CDM credits would effectively make the voluntary market redundant as a mechanism to reduce global carbon emissions. This means companies, including world leading consumer brands, could unwittingly be claiming carbon offset credits for projects which have been operational for several years, and were approved under previous, less stringent conditions. This would effectively mean their carbon offsets would create no new removal of GHGs from the atmosphere.

Guy Turner, lead author of the study, said: “Our analysis shows that many companies are entering into the carbon market wanting to reduce their carbon footprint, but these intentions risk being undermined by a large volume of poor-quality, legacy credits. It is in the interests of buyers and developers of carbon projects that this issue is dealt with so that revenue from the sale of carbon offsets is used to support new, high quality carbon reducing projects”.

“Above all, it is critical that the huge volume of credits created under the Clean Development Mechanism (CDM) dating back to as early as 2010, is prevented from polluting today’s voluntary carbon market. Methodologies and standards have changed significantly since then, and these CDM credits should be ineligible for use in the voluntary market after 2020.”

The study is be part of the evidence presented to the private sector task force set up by  Mark Carney, the former Governor of the Bank of England, to establish a "credible" carbon offsetting market in 2021 so buyers can have confidence that their investments really to lead to removal of GHGs from the atmosphere. To this end the Trove Report has three recommendations all of which should be implemented.

A clean-up is needed. Many past projects offering credits clearly happened without the additional funding from the credits, so there was no additional removal of carbon from the atmosphere resulting from buying the credit. There is no environmental benefit from buying those types of credit. For example, on 20 October 2020, the French global energy giant Total, announced it had delivered its first “carbon neutral Liquid Natural Gas cargo”. Emissions from the cargo was partly ‘offset’ by a wind farm in China that has been operating since 2011 and that has already issued over 2 million tonnes of carbon credits. It is highly likely that there was no real-world environmental benefit resulting from Total giving money to this Chinese windfarm. These kinds of projects are why many environmentalists remain skeptical of companies buying credits instead of reducing emissions themselves.

Of course, there are some emissions, such as transportation of goods by sea or air, where there are currently few alternatives to fossil fuel use. Hence carbon offsets are an essential element in achieving significant emission reductions for any company or organization. Cleaning up and tightening up the voluntary carbon market will increase consumer confidence and ensure that real emission reductions are achieved. Removing old poorly regulated carbon credits is just stage one. The next stage will be to move to a market which only deals with direct removals of greenhouse gases from the atmosphere via reforestation, carbon capture and storage and rewilding or direct air capture. This way we will know that carbon offsetting is making a huge difference. 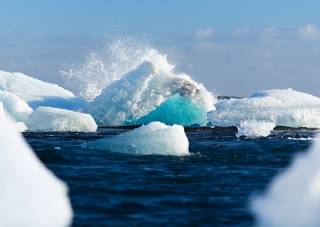 Read more about the findings of the report by Trove Research and UCL on the global market for carbon offsets and the problem of historic credits.