COVID-19 and the Future of Global Health Governance: Building Back Better?

COVID-19 is not just a failure of global health governance but, more fundamentally, a failure to recognise health as an inherently global problem. 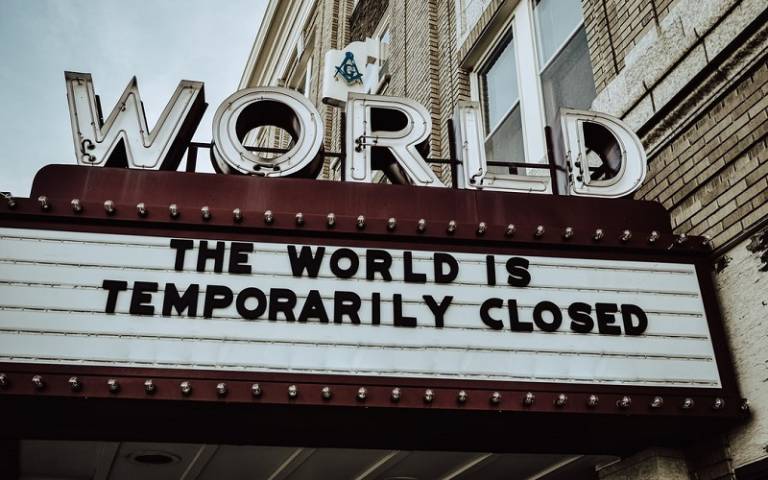 COVID-19 has exposed significant weaknesses in global (health) governance. The World Health Organization (WHO) in particular has come under fire over its deference to China and a lack of rigour in its initial response. While much of the criticism is valid, the pandemic has also revealed a strange disconnect, with states unwilling to invest in strong global health governance structures yet expecting them to deliver quickly in an emergency. Indeed, in many ways, COVID-19 presents not simply a failure of global health governance but, more fundamentally, a failure to recognise health as an inherently global problem, intimately linked to other cross-border challenges.

Why is COVID-19 a global problem?

Although a pandemic is, by definition, a cross-border concern, attention has focused overwhelmingly on national-level impacts and responses. In many ways, COVID-19 has reinforced a trend towards isolationism and nationalist parochialism, with rich countries scrambling over scarce resources such as personal protective equipment, medication, ventilators, or vaccines, while efforts to make access to these tools more equitable are hampered by a US$35 billion funding gap. As lockdowns, border closures, and social distancing measures keep communities physically isolated, “the global” feels more distant than ever before and the onslaught of criticism facing the WHO is making it easier for national governments to dismiss the need for multilateral cooperation.

So why is global governance needed for an effective response to the pandemic? Disparities in COVID-19 outcomes, such as case fatality rates, appear to be largely determined by national-level factors, such as the robustness of health systems and, more generally, state capacity, i.e. the ability of a state to effectively raise revenue, implement and enforce laws and policies and provide public goods. For some, this suggests that global governance is at best peripheral to the success of pandemic response strategies. Yet, relying on national mechanisms alone is not a sustainable solution in a deeply interconnected world, where a virus as infectious as COVID-19 – and its second-order socio-economic effects – cannot be contained anywhere unless they are contained everywhere.

There is no inherent contradiction between strengthening global governance structures and improving domestic health systems and policy implementation capacities. On the contrary, local capacity building is a core concern of global health governance. Channelling resources into building robust, resilient, and equitable national health systems everywhere is not simply an act of “charity”. The successful prevention or containment of infectious diseases in any country increases the overall health security of all countries. Domestic capacity is also vital for an effective functioning of global pandemic prevention mechanisms, such as the International Health Regulations (IHR 2005), which depend on the ability (and willingness) of states to rapidly identify and report emerging health threats.

There is also an important role for global health governance – and the WHO in particular – in ensuring that lessons learned are widely shared and existing pandemic preparedness strategies are implemented. The crucial importance of the latter has been demonstrated by the fact that the two countries that received the highest ratings for pandemic preparedness in the 2019 Global Health Security Index – the US and the UK – failed spectacularly when it came to putting plans into action. Meanwhile, Singapore basically copied the UK’s pandemic preparation strategy wholesale and actually implemented it, enabling it to keep infection levels and case fatality rates comparatively low. Singapore and other Asian countries could also draw on their experiences with SARS and other recent epidemics, which allowed them to react faster and more effectively to COVID-19. However, in the absence of an empowered global health governance apparatus, lessons learned from these previous outbreaks did not diffuse more widely.

Global health governance structures will not be able to effectively support domestic health interventions and hold governments to account over transparency and implementation unless they are adequately empowered and resourced. WHO leadership has certainly been less than perfect during COVID-19 and previous outbreaks, notably the 2013–2016 Ebola epidemic which “produced an existential crisis of confidence” in the organisation’s ability to fulfil core functions. However, critics of the WHO often fail to acknowledge how dependent the organisation is on state cooperation. Chronically underfunded and overstretched, the WHO struggles to respond to a broad and ambiguous mandate that requires it to provide both normative and operational leadership while also managing the political conflicts that threatens to undermine its authority. This has resulted in a growing discrepancy between what member states expect the organisation to do in a health crisis and what it is able to deliver.

In the past, we have had occasional glimpses of the role the WHO could play in facilitating effective global-to-local health governance and promoting greater transparency. This includes the celebrated intervention of then Director-General Gro Harlem Brundtland in 2003, who openly criticised China for withholding information during the SARS outbreak. Also under Brundtland’s leadership, the WHO published a global assessment of health systems in 2000, which identified major failings in domestic health systems, singling out Brazil, China, Vietnam, and Russia as having the least fair financing of health systems. Yet, Brundtland’s more assertive stance came with considerable political risk for an organisation largely dependent on voluntary financial contributions and states’ willingness to cooperate.

Even though previous crises have highlighted the dangers of leaving the WHO paralyzed and underfunded in a crowded global health governance landscape, states have been reluctant to grant the organisation more autonomy. Assessed contributions to the WHO’s budget, i.e. those it has full control over, have stagnated for decades and their overall share has plummeted to just over 15% of the total programme budget. While the 2005 revision of the IHR has been lauded by some for delegating greater responsibility to the WHO in health emergencies, a closer look at the provisions reveals that the decision-making power of the WHO and its Director-General remains significantly constrained. In some aspects, the rigorous procedures enshrined in the revised IHR make it more difficult for the WHO to take decisions quickly and autonomously, including when it comes to declaring a public health emergency of international concern (PHEIC), the highest level of alert for an infectious disease outbreak. Political conflict will also continue to impede the WHO's ability to fulfil its mandate, even with the US ready to repair relations under president-elect Joe Biden.

Will we build back better?

The UN Secretary-General, Antonio Guterres, has rightly declared the international response to the COVID-19 pandemic a failure. There is a gaping lack of imagination beyond national exit strategies. The WHO, in its current state, is unable to lead a high-level conversation on a truly global strategy to suppress the spread of the virus and national leaders have shown little interest in advancing this discussion. Where does this leave us in terms of the future outlook for global (health) governance?

For some observers, the COVID-19 experience is unlikely to galvanize significant change. So far, the pandemic has accelerated rather than halted the trend towards a more fragmented, physically constrained world, characterised by ramped up great power rivalry and vast economic inequality. Yet, as the sweeping scale of the COVID-19 crisis and its long-term implications become more apparent, calls to “build back better” are growing louder. In the past, radical global governance innovations – including the foundation of the UN – have often followed major global shocks.

COVID-19 has certainly been a large enough shock to expose the systemic fragilities of our globalised civilisation. Far beyond cross-border infection risks, these include the fallibility of just-in-time supply chains, the interdependence of our economies, the vulnerability of global food systems, and the effect of growing inequality on social cohesion between and within countries. COVID-19 has also served as a reminder that human health is closely linked to the health of the planet, with accelerating levels of deforestation, biodiversity destruction, and climate change driving the spread of zoonotic diseases and other health threats. The pandemic has also exacerbated global inequality, undoing years of progress in a matter of months, plunging millions into poverty, and threatening to unleash socio-economic turmoil which is almost guaranteed to spill across borders.

Addressing these issues will require, first and foremost, a realisation of how profoundly interconnected they are and how inadequate our legacy solutions have proven to be. It will also require a recognition that we are certain to face other and more challenging global risks than COVID-19. Pragmatic responses to the current crisis in global governance caution that calls for change must be grounded in political reality. But the very real prospect of global catastrophes worse than COVID-19 compels us to adopt a radical pragmatist position, recognising that “political reality must be grounded in physical reality,” and that building more effective governance solutions is not an option, but an imperative. Neither is it an impossibility. The future is open, change is inevitable, and political leaders – and the global ecumene at large – have real choices to make as critical climate negotiations in late 2021 loom into view. Such times of opportunity and challenge also invite more searching questions – above all, what exactly is it that we want to rebuild? And what might we want to change or leave behind? In other words, we must ensure that this momentous decade is one of building “forward” rather than “backward”.

Event Video: Global Health Governance in the Time of COVID-19 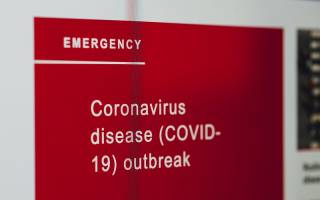 A UCL expert panel on the lessons learned (so far) from the pandemic and the global health governance challenges that lie ahead.