Manuel Vogt is Associate Professor in International Security at the Department of Political Science, UCL

Manuel is Associate Professor in International Security at the Department of Political Science, UCL. He is also an affiliated researcher in the R4D project “Ethnic Power Relations and Conflict in Fragile States,” funded by the Swiss National Science Foundation (SNF) and the Swiss Agency for Development and Cooperation (SDC). Manuel received his Ph.D. in political science from ETH Zürich and was subsequently a visiting postdoctoral research associate at Princeton University. Previously, he spent two months as a visiting researcher at the Universidad Andina Simón Bolívar in Quito, Ecuador, and two terms as an Amity Institute intern at Hamline University in St. Paul, MN.

Manuel's research and teaching interests stand at the intersection of international relations and comparative politics, with a particular focus on contentious politics in developing countries. He is most interested in four broad related topics: political extremism and radicalization, the consequences of state repression, inequality and violence in multiethnic states, as well as the impact of elite networks on political order in developing countries. Manuel's research is informed by both quantitative and qualitative methods and draws on profound regional expertise acquired, above all, through field research in both Latin America (Guatemala, Ecuador) and Sub-Saharan Africa (Côte d'Ivoire, Gabon), in the course of which he conducted over 150 in-depth interviews with key social and political actors.

2013. “Staat und Volk – was sonst?“ [The State and the People – and What Else?] (with Frank Schimmelfennig). In: Hanspeter Kriesi and Lars Müller (eds.): Herausforderung Demokratie. Zürich: NCCR Democracy und Lars Müller Publishers, 152-181. 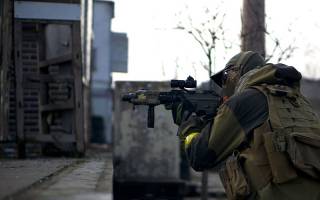 This research thematic engages critically with both traditional and non-traditional security concerns, recognising the need to think beyond territorial and state-based mechanisms and interventions.