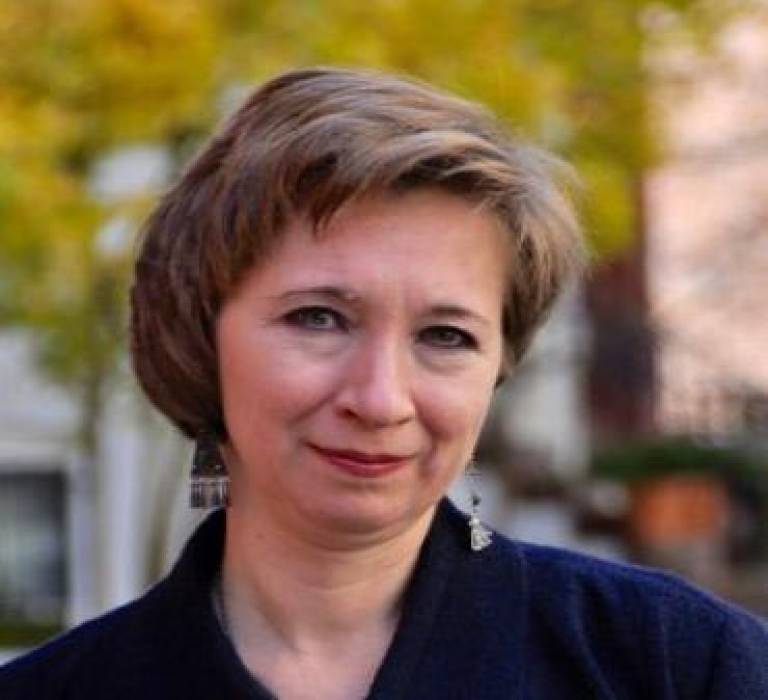 In the past few years, the Russian Federation has adopted a number of laws significantly restricting fundamental rights and freedoms. Some of these new laws undermine the guarantees of the right to freedom of association-in particular, by introducing concepts such as 'non-profit organisations performing the functions of a foreign agent' and 'undesirable international and foreign non-governmental organisations'. Being branded a 'foreign agent' or 'undesirable organisation' leads to substantial restrictions or, in certain cases, a total ban on activities, heavy fines, and potential criminal charges. Russian civil society organisations are in a constant struggle for the right to freely operate and continue their important work in the interest of Russian society. Faced with state restrictions, they are elaborating new strategies to ensure the sustainability of their activities.

About the speaker: Ms. Taubina has been working in the field of human rights since 1992. From the very beginning, she was involved in the work of the Russian Research Center for Human Rights. From 1997 to 2011, she was a director of the Foundation for Civil Society, and since 2004 she has been the director of the Public Verdict Foundation. Her expertise is international human rights standards and mechanisms, human rights in the work of law enforcement bodies, development of civil society organizations, NGO management, and evaluation. Ms. Taubina has been participating in the development and conduct of dozens of research projects and publications on a wide range of human rights issues and on different aspects of NGO activities. She has been invited as an expert by different charitable foundations (Eurasia Foundation, International Fellowship Program of the Ford Foundation, Fulcrum Foundation, Charities Aid Foundation) for elaborating and carrying out analytical surveys, evaluations, and research projects. Ms. Taubina was a member of the Expert Council under the Ombudsman in the Russian Federation in 2004-2016. In 2013, she became a recipient of the Human Rights Watch's Alison Des Forges Award. Ms. Taubina is laureate of the 2015 Robert F. Kennedy Human Rights Award. In 1993 she graduated from Faculty of Cybernetics of the Moscow Physics-Engineering Institute.

About Public Verdict, in their own words: The Public Verdict Foundation defends human rights and freedoms. Individuals are particularly vulnerable when forced to deal with law enforcement agencies that do not consider themselves bound by the law. Such situations often involve arbitrary detentions, beatings, and torture. We work to help people survive such incidents and return to normal life, and together, we seek justice. Each case of abuse, which is investigated and brought to court, is an act of civic oversight of the law enforcement agencies and thus a step towards positive reforms and respect for human rights in the context of policing, criminal investigation, and judicial proceedings. In Russia, a series of new laws adopted in 2011 and 2012 introduced undue restrictions of the freedoms of assembly and association. These laws impose severe penalties-such as arrest, criminal prosecution, and heavy fines-for participation in peaceful public gatherings which are not specifically permitted by government. Involuntary listing of NGOs in the "foreign agents" register combined with vile propaganda campaigns and exorbitant fines have tightened government pressure against Russia's civil society, making such persecution commonplace. In 2012, we launched a new programme to defend civic activists and organisations. Since then, we have helped hundreds of activists and dozens of NGOs, including our own, involuntarily entered in the "register of NGOs performing the functions of foreign agents." We will continue this work, being convinced that respect for fundamental human rights and liberties is essential for any society governed by the rule of law.