Lauge Poulsen is Associate Professor in International Political Economy at the UCL Department of Political Science. He leads the GGI research thematic on Global Economy.

Dr Lauge Poulsen is Associate Professor in International Political Economy and Director of Graduate Studies in Political Science. He holds a PhD in International Relations from the London School of Economics (LSE). His research focuses on economic diplomacy with a particular emphasis on foreign investment, dispute settlement, and international economic law.

Prior to joining UCL, Dr Poulsen was a Postdoctoral Research Fellow based at University of Oxford, Nuffield College, where he remains a Senior Research Associate at the Global Economic Governance Programme. He has also been a visiting scholar at the Economic Studies Division of the Brookings Institution as well as law departments at the London School of Economics and University of Melbourne.

In addition to his academic work, Dr Poulsen is Academic Advisor on Trade Policy to the UK Foreign & Commonwealth Office and has appeared before parliamentary committees in the UK and abroad. 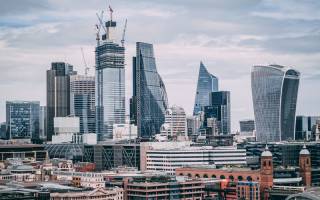 This thematic showcases cutting-edge research on global economic governance and serves as a platform for applying economic insights across other disciplines on cross-cutting issues of common concern.